Dispelling the Myths: Baby Boomers Still Aren’t Sure About This New CBD Craze by Lisa Egan for Ready Nutrition

ou have probably heard a lot of talk about something called “CBD” in recent years – especially in the last few months. Many people aren’t really sure what CBD is, and might be wondering why it seems to be everywhere all of a sudden. Some know that CBD products are made from hemp, which is a plant that is in the same family as marijuana. However, there are important differences between hemp and marijuana. Even though both plants are in the cannabis family, they have different properties.

Perhaps the most important difference is that unlike marijuana, hemp does NOT produce a “high”. This is because hemp plants contain very little of a compound called tetrahydrocannabidiol (THC, often referred to as “the high causer”). THC has psychoactive properties – that is what causes the “high” feeling the plant can produce.

THC has medicinal properties too, but most CBD products made from hemp contain barely a trace of the compound – many contain less than 0.3% THC.

Some CBD products (typically called isolates) do not contain any THC at all.

Hemp is high in CBD, which does not produce a high and has incredible healing properties.

In this article, we will explore what CBD is, the health benefits of CBD oil, and why there is still a stigma attached to the plant.

Cannabidiol – or “CBD” – is one of over 100 compounds found in cannabis plants (including hemp) that belong to a class of naturally occurring, biologically active chemical constituents called cannabinoids. CBD is non-intoxicating.

Our bodies have a biochemical communication system called an endocannabinoid system (ECS).  All humans – and many animals – have this system.

Endo refers to endogenous, which means originating within the body. Cannabinoid refers to the group of compounds that activate the ECS.

You could say we are hard-wired for CBD use because we have receptors throughout our bodies that respond to cannabinoids.

The ECS is responsible for the physical and psychological effects of cannabis. 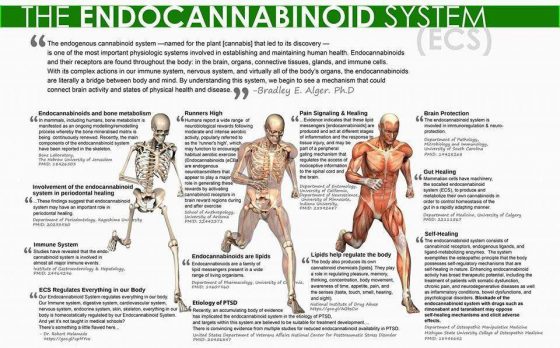 CBD also can increase levels of the body’s own naturally-produced cannabinoids (endocannabinoids) by inhibiting the enzymes that break them down.

What is CBD used for?

CBD is safe, non-intoxicating, and non-addictive. It is usually well-tolerated, but it can interfere with certain medications. Please consult with your healthcare provider if you are taking prescription drugs and would like to take CBD.

Why are we hearing so much about CBD now? What is going on?

Industrial hemp is now legal to grow in the United States. Prior to President Trump signing the 2018 Farm Bill into law recently, it was legal to buy products made from hemp, but it was not legal to grow hemp in this country.

The United States has long been the largest consumer of hemp products, but until the new bill passed, it was the only industrialized nation that prohibited industrial hemp cultivation. Prior to the bill passing, every industrial product in the US made from hemp was legal, but the plant itself was illegal. The US was even exporting products made from imported hemp. Some states legalized growing hemp for industrial purposes, but it remained illegal at the federal level until late 2018.

As explained in 5 Incredible Ways You Can Use Hemp, the legalization of industrial hemp cultivation is great news because the plant is incredibly versatile:

If there is such a thing as a wonder plant, hemp is it.

The list of products that can be made with hemp is in the thousands (possibly tens of thousands!) and includes textiles, clothing, paper, plastic substitutes, fuel (bio-diesel), beauty and skin care products, sheets, bedding, towels, blankets, furniture, rope, canvas, carpet, home-building materials, and even cars.

The new law means that hemp will now be treated as an agricultural commodity instead of a “controlled substance” like marijuana.

One of the most promising benefits hemp has to offer is CBD.

Unfortunately, because hemp is a plant in the same family as marijuana, there is a stigma associated with it.

Despite the fact that no one has ever died of a cannabis overdose (hemp or marijuana – even the US Drug Enforcement Administration admits this), negative connotations and fears still surround the plants.

Why was growing hemp illegal in the US for so long?

“The prohibition of hemp ranks among the most absurd and pointless laws our government passed in the twentieth century,” wrote Chris Calton in the article Ending the War on the Non-Drug Known as Hemp.

Prior to the War on Drugs, the US had a long history of hemp production, Calton explains:

Before governments arrested people for growing hemp, they used to fine farmers for not growing it. In the sixteenth century, King Henry VIII and Queen Elizabeth I fined English farmers who failed to contribute to the country’s hemp industry. In 1673, King Charles II instructed the Royal Governor of Virginia to impose the edict on the Virginia colonists. Hemp was particularly valuable to the Royal Navy, which used it for uniforms, ropes, and sails, among other things.

It is relatively common knowledge that several Founding Fathers of the United States grew hemp.

In the 1930s, Harry Anslinger, head of the Federal Bureau of Narcotics (the DEA’s predecessor) and America’s first drug czar, began pushing for the criminalization of cannabis plants.

In 1937, Anslinger got what he wanted. A cannabis criminalization law was passed.

Some were concerned – and rightfully so – that the law would be used to shut down the hemp industry:

Anslinger promised that his men would leave industrial hemp alone.

Anslinger lied. When the United States entered World War II at the end of 1941, the hemp industry had been completely wiped out.

The problem now was that the US military needed hemp, and a lot of it. Military and naval technology may have come a long way since Henry VIII issued his compulsory hemp-growing edict to support the Royal Navy of the sixteenth century, but hemp fibers retained a multitude of uses. And going into the biggest military conflict of the twentieth century, the US had no domestic source of hemp, despite a centuries-long tradition of producing it.

It gets even more convoluted:

In response, the same government that empowered Anslinger to completely destroy the hemp industry now approved funding for enormous subsidies to American farmers to restart the hemp industry that had been flourishing without subsidies only five years earlier.

To remind them that hemp-growing was their patriotic duty, the government even commissioned a propaganda film entitled Hemp for Victory.

But after the war, the benefits of hemp production were forgotten, and Anslinger ordered the destruction of the government-subsidized hemp industry.

“At the cost of millions of taxpayer dollars, his crusade to eradicate the evils of marijuana amounted to little more than the destruction of the low-THC outgrowth of industrial hemp,” Calton explains.

Indeed, it is a shame that the influence of one man – a man who either did not understand the differences between hemp and marijuana or simply did not care – deprived people of the incredible benefits of hemp for so many years.

Thankfully, the tides have finally turned, and a growing body of research is revealing the expansive health benefits of hemp.

If you would like to read about my personal experience with CBD for psoriatic arthritis (an autoimmune condition that is similar to rheumatoid arthritis), you can read my story here: I Tried CBD Oil For My Psoriatic Arthritis. Here’s What Happened.