Russia Will Backstop The Ruble With Gold from Quoth the Raven

GNN Note – This is the end of the Federal Reserve Note. Prepare for impact. / END

The backstopping of the Ruble with gold can come in many forms and doesn’t have to be a direct peg from the Ruble to gold – it can include accepting payment for oil in gold.

Now that Russia has come right out and said it will only transact in Rubles when selling oil to “unfriendly” nations, I’m expecting gold to be the next safe haven for the nation to fall back on, as it desperately tries to backstop both its currency and its economy.

The backstopping of the Ruble with gold can come in many forms and doesn’t have to be a direct peg from the Ruble to gold – it can also include the far more likely scenario of accepting payment for oil, the country’s most ubiquitous and valuable resource, in gold.

“I have decided to implement … a series of measures to switch payments — we’ll start with that — for our natural gas supplies to so-called unfriendly countries into Russian rubles.”

I have been arguing for nearly a month now that Russia would use its biggest commodity, oil, to help backstop its currency.

I said last month that Putin would push back on economic sanctions by “allying himself further with China, and even discussing with China the prospects of a monetary system outside of the current global monetary system.” 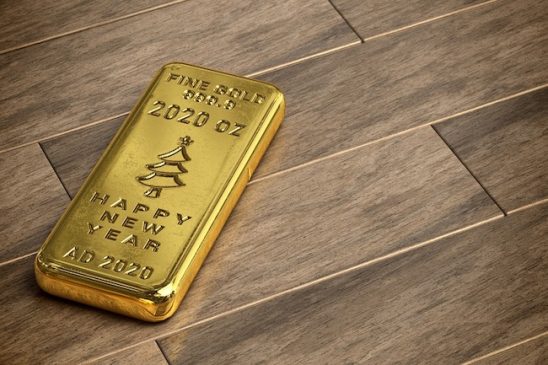 Tying the Ruble directly to oil makes it “sound money” of sorts, because it is tied to a commodity with demand which ostensibly will help buoy demand for the currency.

In fact, OPEC’s agreeance to price oil in dollars for the last 4 decades has been a contributor in helping support the U.S. dollar as the world’s reserve currency in the exact same way that Russia plans on using oil to support the Ruble. And as Russia is working to tie the Ruble to oil, the decades-old petrodollar agreement with Saudi Arabia appears to also be at risk.

The report about Russia accepting Rubles for oil, published by NPR, ends by saying:

Russian leaders have also hinted at more severe consequences as members of the EU bloc have sought — thus far unsuccessfully — to impose an outright embargo on Russian imports.

I can’t help but think that if economic constraints on Russia continue to tighten, or if the country’s plan to salvage the Ruble doesn’t work as intended, the next step lower in the global monetary safe-haven fortress then becomes gold.