Have You Heard of the Hill of Crosses? Landmark Features 200,000 Declarations of Freedom by Andrea Morris for CBN News 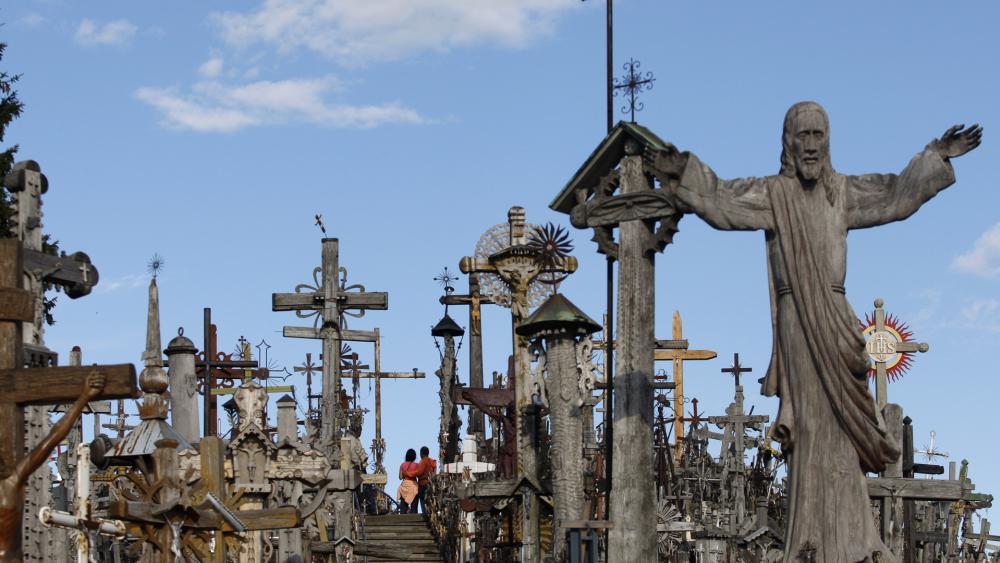 More than 200,000 crosses are standing tall on a hill in Lithuania – each one an amazing display of the faith and resilience of a people who endured centuries of persecution.

Now the massive collection acts as a retreat for locals and visitors looking for inner peace.

The pilgrimage site displays crosses of all sizes. They were first put up in the mid-nineteenth century during a rebellion against Russian rule. But those original crosses are long gone, destroyed by dictators and tyrants.

Locals say the crosses have become a symbol of resistance in the face of the brutal occupation this Baltic country faced over the centuries.

Volunteer tour guide Simas Daugmaudis said, “This place is a symbol, about the faith, about believing in a future that Lithuanians can fight for freedom in a different way. This place was destroyed for – five times, and it was rebuilt each time. Every time it was rebuilt.”

One legend about the crosses involves a Lithuanian farmer whose daughter became severely ill. During a dream, the farmer saw a woman who told him that his daughter would be cured if he made a wooden cross and placed it on a nearby hill. He complied with the woman’s wishes and when he came home, his daughter was healthy.

Others have gathered on the hill to place their crosses with anticipation of having the same miraculous experience.

The hill was demolished twice during communist Russian control. During that time, religion was prohibited but Lithuanians would secretly plant crosses on the hill despite security patrolling the area.