Family turns on him after absences from mosque prayers.

Sheikh Hassan Podo, a 28-year-old imam in Kerekerene village in eastern Uganda, missed mosque prayers for three consecutive weeks and was seen entering a church building around noon on March 16.

He had kept his faith in Christ a secret for three weeks. The young Muslim who saw Podo enter the church building in Katira Sub-County, Budaka District, went straight to Podo’s parents and brothers to report him.

When Podo arrived at the house that evening, his family interrogated him about where he had spent the better part of the day.

“Without my completing answering them, my brothers immediately began surrounding me, with sticks,” Podo told Morning Star News. “It was difficult to escape. They began shouting, beating and insulting me as an ‘infidel’ and enemy of the Islamic religion.” 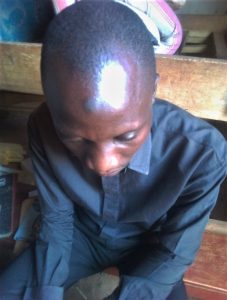 His wife and two children managed to escape to the home of a nearby Christian neighbor, he said.

With sticks and other blunt objects, Podo’s relatives injured his left arm from the shoulder to his fingers, said one of the area residents who found him unconscious. He also sustained a head injury.

“There was a loud cry emanating from Podo’s homestead, raising a big concern from the neighbors who arrived at the scene of attack and helped Podo to escape,” the source said. “He bled as he fled for his life. Later he was found in a pool of blood a kilometer away from the homestead, unconscious.”

They rushed him to a clinic in Katira, and he was discharged after two days and taken to a pastor whose name is withheld for security reasons. His wife and two children later joined him at an undisclosed location.