GNN Note – Just keep in mind these tribal wars that are beginning to break out within the republi-cratic party are of their own making. These evil people with their unAmerican agenda’s are now beginning to reap what they have sown. What I said in another article earlier today regarding the tribalism created by the republi-crats open border, illegal immigration nonsense –

The republ-ocratic party is nothing more than an assortment of tribes of their own creation. Muslim tribe, trans/whatever tribe, LGBTQWERQWRETWETRYERTY tribe, women’s tribe, anything but white people tribe, black tribe, asian tribe, etc, etc, etc. Across all these various tribes they are all promised free everything for everyone. Well, everyone except those evil white people, especially white men. More at this link

When you allow someone link Linda Sarsour a platform, well, you get what you ask for. The woman shouldn’t even be in this country, much less telling us how to live.

Omar became the center of controversy after suggesting last week that lawmakers are pressured by pro-Israel groups to take a pledge of “allegiance to a foreign country.”

“I want to ask, ‘Why is it OK for me to talk about the influence of the [National Rifle Association], or fossil fuel industries or Big Pharma, and not talk about a powerful lobbying group that is influencing policy?’” the Minnesota Democrat asked during a forum at a bookstore with fellow freshman Rep. Rashida Tlaib (D-MI). 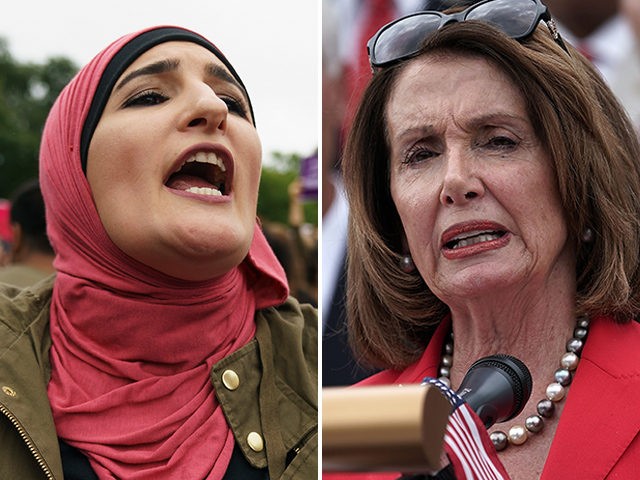 Some of Omar’s allies are furious with the latest attempt by Democrats to punish the freshman congresswoman for her repeated antisemitism.

“Nancy is a typical white feminist upholding the patriarchy doing the dirty work of powerful white men,” Sarsour wrote in a blistering Facebook post. “God forbid the men are upset — no worries, Nancy to the rescue to stroke their egos.”

Late Tuesday evening, Pelosi and Majority Leader Steny Hoyer (D-MD) announced the resolution condemning antisemitism was updated to include language condemning “Islamophobia.” The text was added following an outcry of support from Omar in the House.

The freshman congresswoman has yet to comment on the resolution, which is expected to be unveiled Thursday.