“I understand that when I killed the image of God, I killed myself,” the man says, surrounded by a group known as the Peace Warriors.

The man, who calls himself Boniface, is among the perpetrators of the Rwandan genocide of 1994. Next to him is a victim. Beside the victim is another perpetrator. They no longer identify as Hutu or Tutsi, but as children of God first and then Rwandans.

Boniface is part of a group called Peace Warriors, which is run by a Catholic Church in Huye, Rwanda. The organization reconciles men and women who previously identified as Hutu and Tutsi. Peace Warriors teaches perpetrators and victims how to pray, forgive and listen to the Holy Spirit as they minister to one another.

“I know that anything that spoils the soul, the spirit, is sin,” Boniface says. “I know that killing a human being is like putting your finger in the eye of God. … When I understood all these things, I was convinced I killed myself. I decided to humble myself before the Lord and ask forgiveness from the bottom of my heart, and I pray that I will never sin again against my God and my neighbor.” 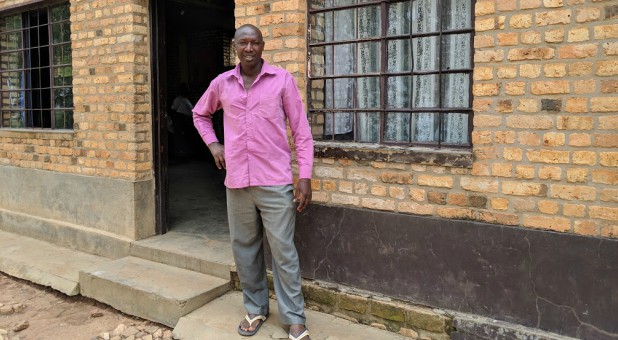 Bosco Habarurema, a man who previously identified as a Tutsi, is among
the Peace Warriors. (Jessilyn Lancaster)

Bosco Habarurema, a man who previously identified as a Tutsi, is among the Peace Warriors. He nods as Boniface speaks, applauding Boniface’s comments about peace and forgiveness.

The subject is one dear to Habarurema’s heart.

Habarurema, a Pentecostal Christian, is the only person in a 40-person family to survive.