While tens of millions of ‘plugged in‘ Americans are thrilled with the rapid advancement we’re now witnessing in the realms of artificial intelligence, this February 19th story over at Science Alert should give pause to even the biggest A.I. proponents with the admission that Elon Musk linked scientists have created an advanced artificial intelligence so dangerous, they will not release it to the public.

And while you might be thinking that sounds like they’ve created a terminator-style robot, the ‘too-dangerous-to-release‘ A.I. they speak of is nothing like that at all but a new synthetic text generating system that researchers say is so advanced and convincing, it could be used to not only create ‘fake news‘ but also be used to impersonate real people on social media, allowing those controlling the A.I. to abuse or trick people into possibly dangerous actions, leading others astray.

As Mikail Thalen over at the Daily Dot reported just days ago, another new website that uses A.I. is endlessly generating images of people who do not exist. The website called “thispersondoesnotexist.com” puts out a new non-existent person’s photograph every 2 seconds and as Susan Duclos mentioned to me upon looking at some of the images, this stuff is creepy.

While the photographs below might look like real people, none of them are with each image generated by artificial intelligence to look like a real person and as the Daily Dot story reports, the techniques used to create these images are similar to those used creating ‘deepfakes‘, videos in which a person’s face can be superimposed onto the body of another.

Technologies have even been developed to fake a person’s voice, making it sound as if they said something they never actually did. 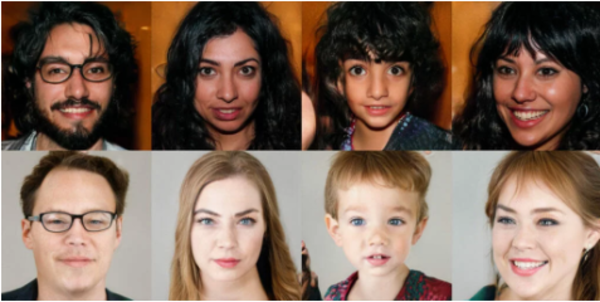 And while we think that censorship in 2019 is bad, as the Washington Post (via the Wayback Machine) reported in this February 8th story, we haven’t seen anything yet. “The new censors won’t delete your words” the Post’s story chimed out of this new technology, “they’ll drown them out” they proudly sang, as if the gatekeepers had suddenly found a new way to steal back the narrative they have lost via using this technology against the masses in the days ahead.

Their story immediately opened with a look at George Orwell’s “1984” and the ‘memory holing‘ censorship techniques used within that novel while reporting that censorship in 2019 has gone far beyond that thanks to ‘big tech‘. The Post story also  warned that the 1st Amendment in the US has already been bascially covertly overturned, not by traditional censorship means, but by the ability of government to drown out the voices of anybody they disagree with via their technologies.

And imagine what could be accomplished by combining these new A.I. technologies, that can not only create life-like human faces but also speech, with voice to skull technology (V2K), technology that MIT scientists have confirmed they have that allows them to beam voices into people’s heads as Vicki Batte reported back on February 6th in this Natural News story.

And what we’re seeing now is virtually only the tip of the iceberg. As Steve Quayle has long warned, the technologies being unveiled today are likely far behind the technologies that have actually already been developed but not yet allowed into the world. Steve warns us that these ‘virtual identities‘ and photos and ‘deepfake videos‘ pose one of the greatest threats to life ever conceived (“technology developed in the cauldrons of hell” Steve adds).

Steve has also long called A.I. ‘anti-Christ technology’ and as he warns us, imagine a completely fabricated existence to the very most minute detail, with no way for us to tell if its real or not. Even if looking very closely, can you tell that the photographs above are ‘fake people‘ rather than very real, God-created flesh and blood? It’s hard to. From Steve.:

“Substitute reality, mind reading and mind control and all sensory imaging fake and you get the picture. Remember Barack Obama once said of Benghazi: “Who are you going to believe, me or your lying eyes?” Now they will make sure everything we see and hear are lies not to mention thoughts they broadcast into our heads.” 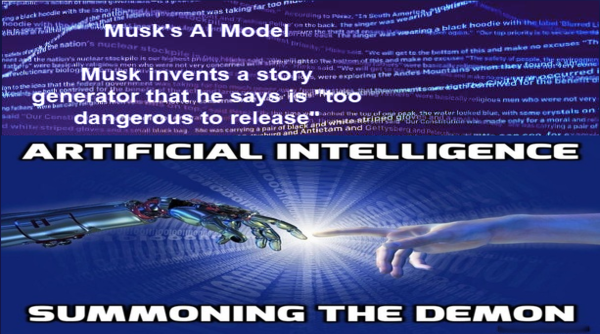 As Tech Zim reported earlier in January, A.I. can have a dark side too and while we’ve discussed many of the dark sides of A.I. on ANP, the study we’ve embedded in full at the bottom of this story takes a look at why such A.I. endangers not only our privacy but also our national security. Their introduction.: