Luis Javier Ruiz had already accepted Christ when friends talked him into visiting the Pulse nightclub in Orlando that deadly night in June 2016. He shares his compelling story as part of the “Overcomers” podcast series on the Charisma News Network.

Still struggling with rejection from many of the Christians he knew, Ruiz decided to go along for what he thought would be a fun evening celebrating his birthday. He did so despite warnings via text from his mother, a pastor, who had a prophetic dream about the incident (listen to our podcast with Luis’ sister, Wanda Ruiz, here). 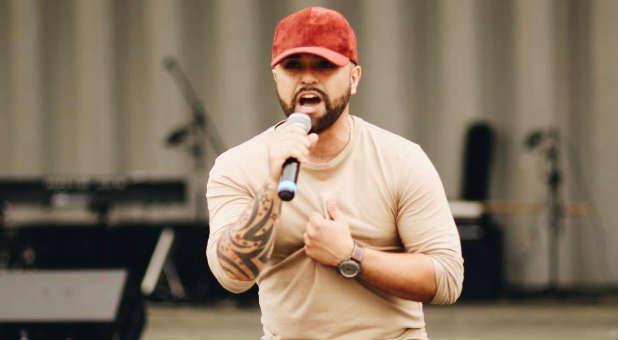 After watching in horror during the mass shooting and being trampled as he exited the club, Ruiz ended up alone in a hospital room receiving text after text. “I’m seeing names of my friends popping up, ‘Dead. Dead. Dead.'”

Months later, still struggling with grief and guilt as well as an HIV diagnosis, Ruiz finally broke down.

“That’s when the Holy Spirit came over me,” he says. After telling God he couldn’t change on his own, he heard the Holy Spirit say, “Give Me your heart, fall in love with Me. And I’ll do the rest.'”

God proved faithful to His promise.

“You know, you don’t get to choose your temptation. But you do get to choose how you respond to it” says the Army veteran, who now travels the world helping others leave the gay lifestyle. He and other overcomers also work to encourage churches to move away from legalism and into real ministry to those struggling with same-sex attraction.

As part of the Freedom March, Ruiz says, “Revelation tells us we overcome by the testimony, and that’s what we’re doing.” Listen to the rest of his testimony (and hear more about his mother’s amazing dream) when you download the podcast below.