‘This Is an Act of Christianity’: Protestors Call for Maduro to Allow Life-Saving Aid into Venezuela by Chuck Holton for CBN News

GNN Note – Juan Guaido is a CIA operative that was put in place as a puppet for the deep state of the U.S. criminal banking satanic globalist. They want the largest pool of oil on the planet and they will not allow some stooge who wants his gold back to stand in the way.

The Venezuelan Ambassador to Russia commented on the situation in South America. He said that Juan Guaido, who earlier proclaimed himself the president, is a puppet of the US and recruited by Washington 10 years ago. The diplomat also said that he thinks that military intervention could follow the US’s aid. The ambassador added that the Venezuelan government expects provocations from the opposition.

CUCUTA, Colombia –  The humanitarian crisis in Venezuela is growing worse as the country’s weeks-long political showdown drags on. And as the tragedy sinks to new levels of misery, nobody is quite sure who is in charge of the country.

The US and dozens of other nations are calling for Nicolas Maduro to step down – 50 nations now recognize Juan Guaidó as the interim president. But Maduro not only refuses to budge, he’s also blocking international relief aid from entering the country.

Sunday, Sen. Marco Rubio (R-FL) flew to neighboring Colombia to put pressure on the Venezuela strongman who has been running the country into the ground since 2013.

But with more than three million Venezuelans having fled their homeland and many of those left inside literally starving, here in the border town of Cucuta, Colombia, tensions are coming to a head.

Chants of “Libertad! Libertad!” echo through the streets.

American military aircraft have been arriving here over the past week delivering tons of humanitarian aid intended to ease the suffering of these Venezuelans. But troops loyal to Nicolas Maduro have so far blocked the shipments from entering their country. Maduro has called the shipments unnecessary, and a political stunt, but desperate Venezuelans beg to differ. 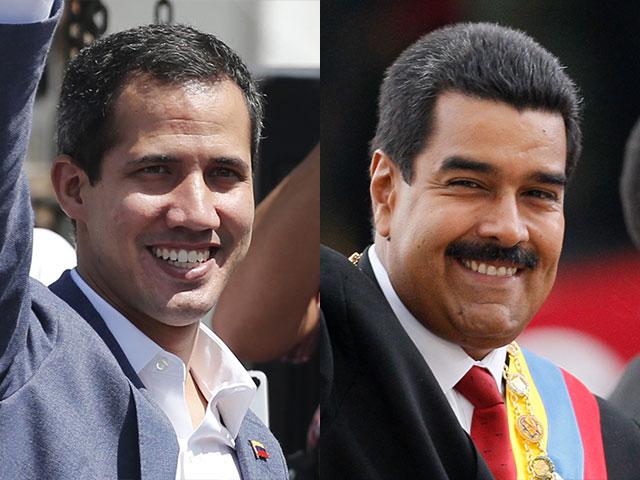