God used a Southern black preacher, reared under Jim Crow and with little formal education, to ignite a revival that has reshaped the face of Christianity around the world. The Azusa Street Revival (1906-09) ignited a world-wide movement that Harvard professor, Dr. Harvey Cox, says is still “reshaping religion in the 21st century.”

William Joseph Seymour (1870-1922), the leader of the revival, was born to former slaves Simon and Phillis Seymour in Centerville, Louisiana, where they attended the local black Baptist church. William committed his life to Christ at an early age and experience the call of God, even as a youth. 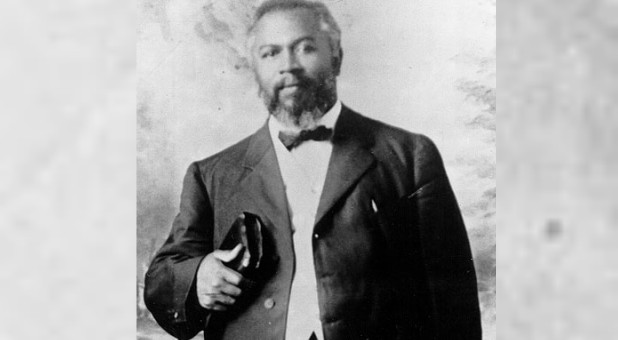 Although little is known of his early life, he would have been reared in the poverty and segregation that was the lot of most blacks in the South at that time.

He Finds His Way to Houston

In 1895, at the age of 25, Seymour moved to Indianapolis, Indiana, where he worked for a time as a waiter in a fashionable restaurant. In 1900, he moved to Cincinnati, Ohio, where he encountered “holiness” teachings through the Church of God (Anderson, Indiana). Seymour embraced this teaching of a second blessing, called sanctification, that would purify the heart and enable one to live a victorious life over sin.

In 1903, Seymour moved to Houston, Texas, where he began attending a black “holiness” church pastored by Lucy Farrow, the niece of Frederick Douglass. When Farrow accepted an invitation to go to Kansas with Charles and Sarah Parham, she turned the congregation over to Seymour, and he became the pastor.

In 1906, Farrow returned to Houston with the Parhams and reconnected with Seymour. She told him of an experience she had while in Kansas called the “baptism in the Holy Spirit,” which had been accompanied by speaking in tongues as on the Day of Pentecost in Acts 2:4. Seymour was deeply impacted by her testimony.

After a series of meetings in the city, Parham decided to remain in Houston and open a Bible school in a large house he rented for that purpose. Wanting to learn more about the baptism in the Holy Spirit, Seymour enrolled in the school.