The prospect of developing cancer is a terrifying one for everybody, but there is reason to feel a bit more encouraged. A recent report shows that U.S. cancer death rates have decreased constantly for the last 25 years. [1] 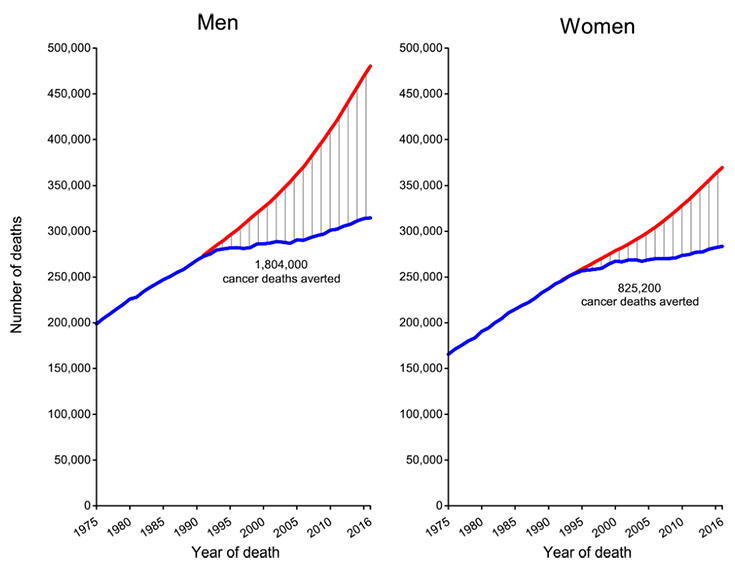 The report, which comes from the American Cancer Society (ACS), shows that from 1991 to 2016, the U.S. cancer rate steadily declined by about 1.5% per year, resulting in an overall decline of 27% during the quarter-century. That means that 2.6 million fewer cancer deaths occurred than would have been expected had the death rate remained the same.

Yet, despite the positive numbers, there is a clear divide between the haves and the have-nots in America. Those who live in poorer communities face an ever-growing burden of preventable cancers, according to the report.

Read: Living in the Country Reduces Risk of Dying from Cancer by 29%

Dr. Darrell Gray II, deputy director of the Center for Cancer Health Equity at The Ohio State University Comprehensive Cancer Center, who was not involved in the report, said that the “bad news that this report highlighted [is that] inequalities are widening, particularly among those of low socioeconomic status.”

“It underscores the importance of healthcare providers, researchers, and lay community members and advocates to continue to push toward health equity.” 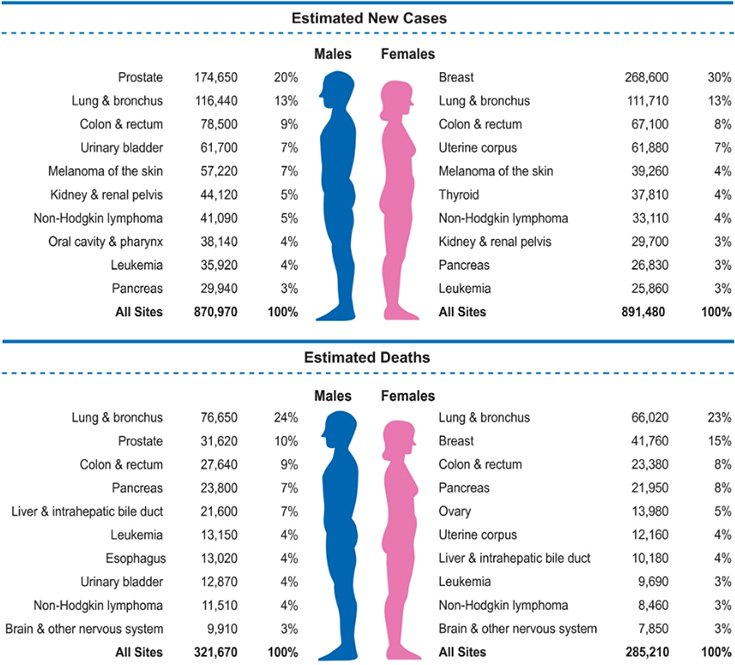 The report, released January 8, looked at the most recent data on cancer incidence, deaths, and survival rates in the U.S.

The decline is attributed to reductions in smoking, which increases the risk of lung cancer and numerous other types of the disease, as well as advances in early detection and treatment, the report states. 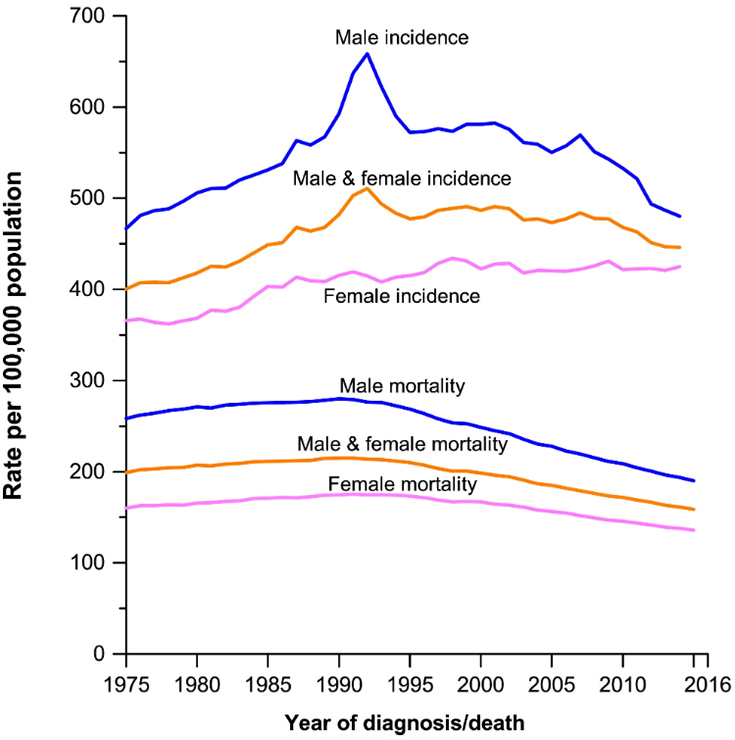 However, despite the overall drop in cancer deaths, some types of cancer have been on the rise in recent years.

Gray pointed out that certain cancers such as breast and colorectal cancer have evidence-based screening guidelines, whereas pancreatic and uterine cancer do not.

This explains why pancreatic and uterine cancer is often caught at later stages when it is more difficult to treat the diseases. 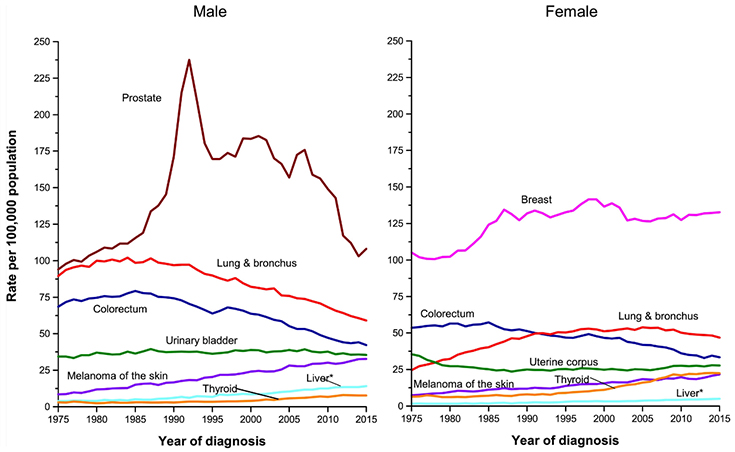 Liver cancer rates have been rising since the 1970s. Back then, most of the increase was due to drug abuse, the sharing of needles, and the spread of hepatitis C. Today, obesity accounts for more than 1/3 of liver cancer deaths and is more of a factor than hepatitis. [2]

Gray said that “we may continue to see a rise in death rates while we are working on getting guideline-based screening available” for these cancers. He added that there is still much work and research to be done before that happens. [1] 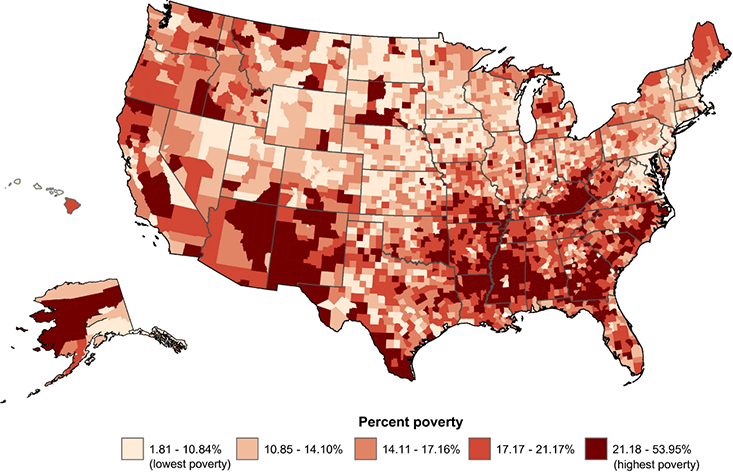 When it comes to race, the report shows that the gaps in cancer deaths are closing. The same cannot be said of socioeconomic status.

The authors of the report say more needs to be done to close these gaps.

Many people in poor communities live in “food deserts,” or areas that lack access to healthy food options. This is especially true for the urban poor, where corner mini-markets dominate. Unlike larger grocery stores and supermarkets, these corner stores don’t offer fresh produce or foods containing healthful fats and fiber. It is very common for people living in a food desert to rely on prepared and prepackaged foods, as well as junk food and sugary drinks.