GNN Note – Another vaccinated person “suddenly dying” of “unknown causes”, myocarditis or a heart attack out of the blue. How many more? / END

Franco Harris passed away suddenly on Tuesday, and here is to remembering his legacy and what he meant for the Pittsburgh Steelers.

News broke early this morning that Steelers great Franco Harris had passed away at the age of 72. Just days before the anniversary of his Immaculate Reception, the legend was set to be recognized and have his jersey number officially retired at the game on Saturday. As of this writing, the cause of death hasn’t been determined.

This is a blow for everyone in Steelers nation. Harris was a giant of the ’70s dynasty and a fan favorite well past his retirement. He is synonymous with this team’s success, including four Super Bowls spanned over that decade. He leaves behind his wife, Dana Dokmanovich. (Source.) 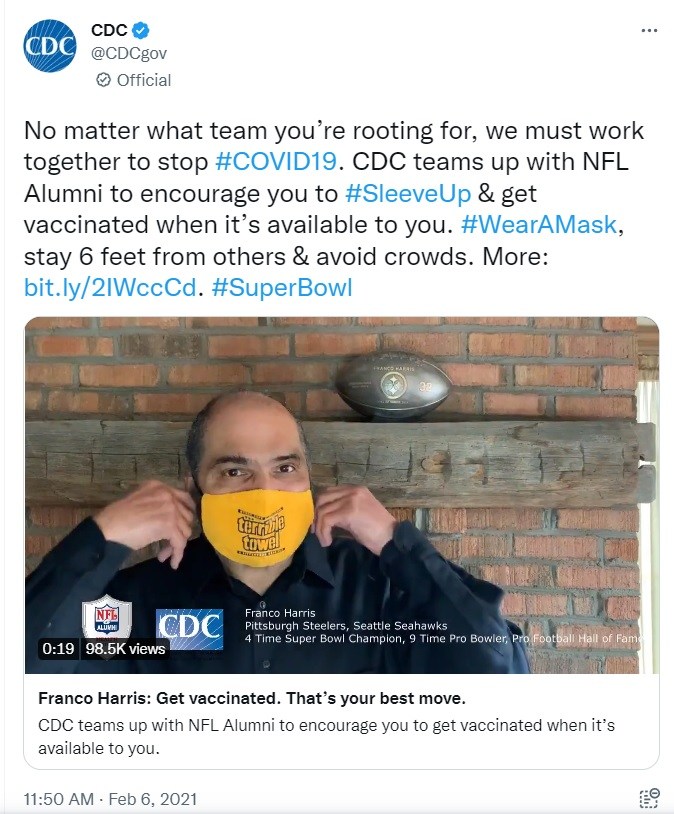 Franco Harris was one of the “NFL Alumni” who worked with the CDC last year to promote the COVID-19 “vaccines.”

Franco Harris becomes another casualty on an ever increasing long list of current and former athletes who have been “dying suddenly” or suffering heart attacks since the COVID-19 “vaccines” were rolled out.