‘Whatever you say, say nothing.’ – Old Irish Phrase 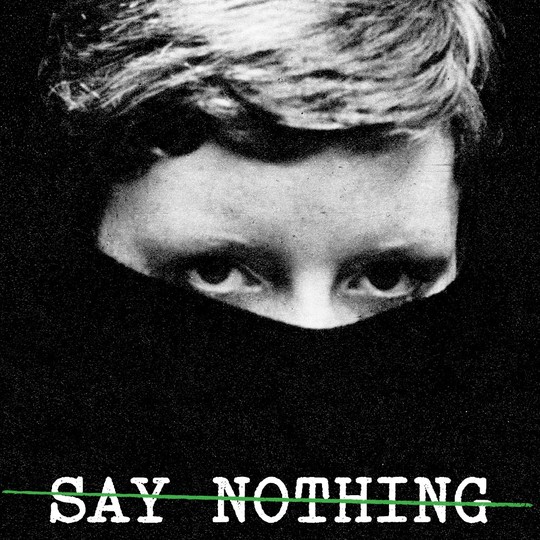 “God made the Catholics, but the Armalite made them equal.” ― Patrick Radden Keefe

It has become clear to me, since the installation of dementia patient Biden as the illegitimate figurehead president by his globalist Deep State handlers, their agenda is to tear down our modern civilization and replace it with a totalitarian techno-gulag where you will be electronically monitored, disarmed, own nothing, be judged by social credit score, live in fear, and be happy – or else.

I’ve been pondering in which direction this Fourth Turning will flow, while observing the words and actions of our pedophile president and the other World Economic Forum puppets like Trudeau, Macron, and a myriad of other EU lackeys. I intellectually understand all Fourth Turnings reach their climax after immense bloodshed, climactic battles which could have gone either way, and in some cases saw citizens slaughtering fellow citizens. But I have tried to avoid thinking about the reality of what is likely to happen over the next five to ten years, as this Crisis turns from rhetoric and debate to violence and death. Keyboard warriors will yield to real warriors.

After reading Patrick Radden Keefe’s – Say Nothing – a fascinating tale of the brutal violence which lasted for three decades from the 1960’s through the 1990’s in Northern Ireland, I’ve come to the realization of what civil war might look like here in America. In reality, the conflict in Ireland between the Catholics and Protestants dated back centuries.

“In 1689, Protestant forces loyal to William of Orange, the new king, had managed to hold the city against a siege by a Catholic army loyal to James II.” ― Patrick Radden Keefe

The vitriolic discord and purposeful fracturing of our shared societal values, which have bound this nation since its inception, has situated the country in an 1860 moment, a veritable powder keg with a lit fuse. The country has been gravely splintered for at least two decades, but the fissure has expanded at an accelerated velocity since the unanticipated election of Donald Trump in 2016. The rule of law no longer exists.

A four-year coup against Trump, with Clinton, Obama, DOJ, CIA, FBI, Congress, Judiciary, legacy media, and social media titans as co-conspirators, has now devolved into an Orwellian police state, with the Constitution trashed and government tyranny reaching unthinkable heights. The third world totalitarian tactics being used by Biden’s handlers to destroy the opposition party and its leader is being cheered on by the left and their media mouthpieces. Biden’s diabolically dark, hateful speech, with satanic blood red background, on the sacred ground where our Founding Fathers declared our independence from a tyrannical despot, appears to be the spark which will ignite real violence in the coming years.