Another One: Poultry Processing Plant Catches Fire in Montebello, California By Jim Hoft for The Gateway Pundit

GNN Note – How many more food processing plants, fertilizer plants or food distribution centers are going to be burned to the ground? The thing about a fire is stopping it before everything is a total loss. / END

A poultry processing plant in Montebello, California was caught on fire on Sunday.

A representative for the city of Montebello said that QC Poultry, located at 1111 W. Olympic Blvd., had building damaged and that numerous commercial cars may have been destroyed by fire, according to KTLA.

The fire was contained with the help of Montebello Fire and other mutual aid fire departments.

“Shortly after 4:00 p.m. on Sunday, August 28, your [Montebello Fire Department] responded to a reported structure fire in the 1000 block of Olympic Blvd,” Montebello FD wrote on Instagram.

“First arriving units on scene found a large industrial building with heavy smoke showing. As members began to deploy, the fire was upgraded to a third alarm commercial fire.”

The cause of the fire is unknown.

“Firefighters initially took a defensive stance and held the fire from spreading to any other nearby structures. After a significant amount of resources worked to access the burning areas, the fire was declared knocked down at 8:00 p.m. At the time of this posting, the cause of the fire remains under investigation,” the post concluded. 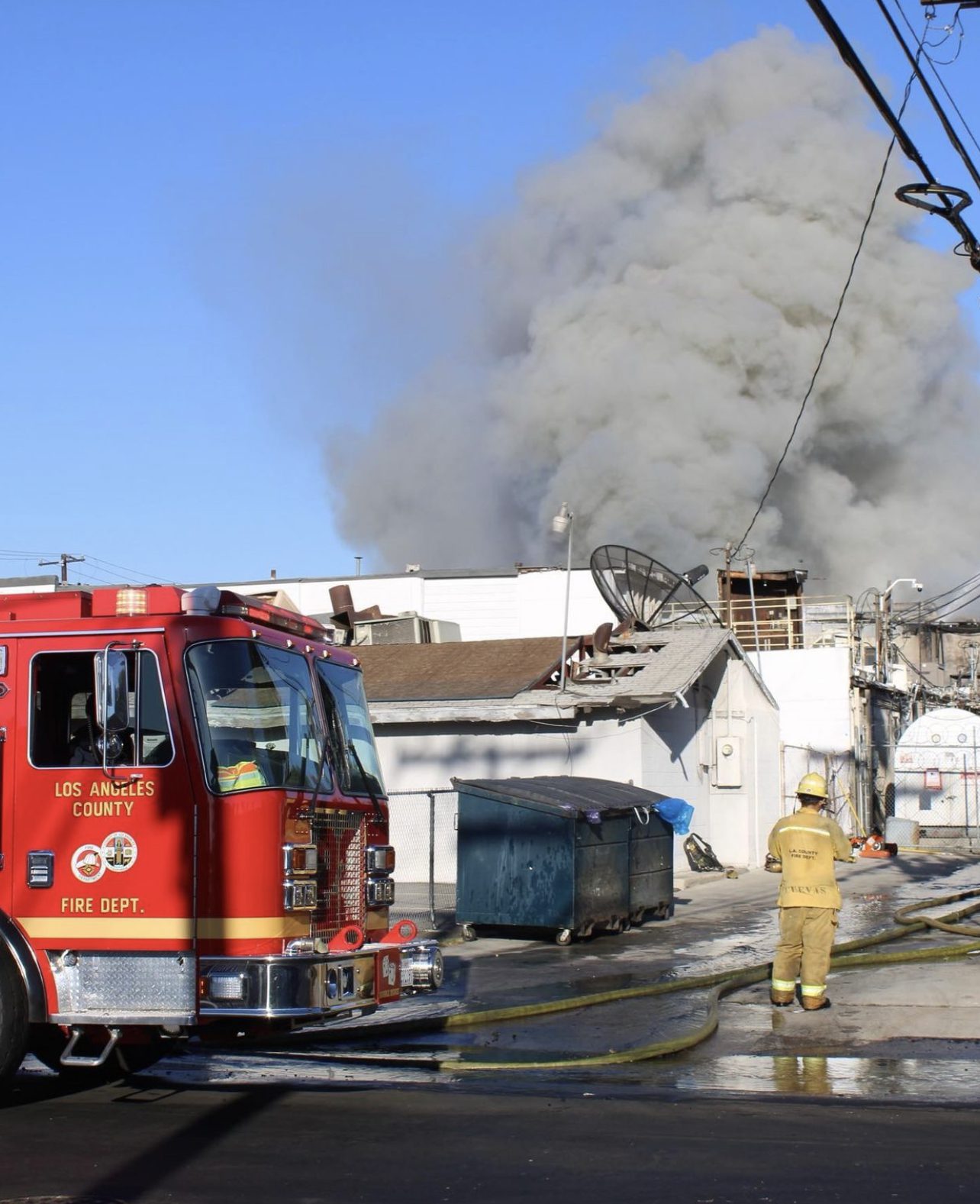 “Footage from the scene shows burn damage near the building’s windows and doors, as well as at least one unit from the Monterey Park Fire Department present to assist,” per KTLA.

“The fire was located in a heavily industrial area and no residential properties were threatened, though the blaze was adjacent to the Montebello Bus Lines service facility and bus yard,” the outlet added.