We Are Now Fighting The War Of The Ages: ‘The Global State’ vs ‘The Free People Of America And The World’ – The ‘Free People’ MUST WIN This Battle For The Future Of All Humanity

Within the last three years throughout the world, we have seen an upswing in governmental power and an overall decrease in people’s freedom. There seems to be this sinister feeling within the air, which is making people increasingly uncomfortable. People around the globe are sensing the leaders they have come to elect are no longer trustworthy. Government tyranny seems to be reaching new heights. It seems ever since the inception of Covid, the government has increased its power exponentially. I don’t think this is a good thing.

Within the video below, Neil Oliver lays out perfectly the precarious situation, most citizens around the globe find themselves in right now. Everybody needs to take a pause from their hectic lives and watch this video, absorb the information and just let it sink in. Share it with friends, family and neighbors, who might need a wake up call.

The State is no longer working to serve us and to protect our shared heritage’: Neil Oliver

Time is running out, some people are oblivious to what is happening around them. Others are hoping and praying for a miracle to take place, in order to turn the tide against this worldwide tyranny all of us currently exist within. Some people are hoping and demanding the public revolt, maybe by means of some type of revolution? This is something I don’t recommend personally. But, at least we all can get out there and protest peacefully, let the elite know we are not fools, and that we all know exactly what’s currently taking place.

The ironic thing about a revolution is that most people living today don’t even realize that one has already taken place. It wasn’t the people who revolted, but rather the corrupt politicians in power within the government, in essence, which many refer to by the name: THE STATE. It was a relatively slow and relatively silent coup, but make no mistake about it, it did occur. Most powerful politicians have gone rogue, many of them have sold their souls. These elite politicians have broken their vow to serve the people and execute faithfully the laws of their respective lands. Instead, these miscreants have made the choice to enrich themselves at the expense of every one of us. 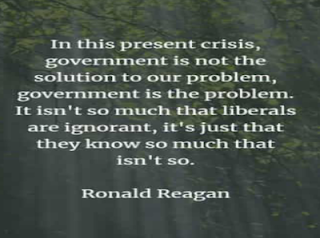 This revolution was facilitated by the leftist technocrats within power throughout the globe, the elite who now have taken control of many leaders within many different countries today. No longer do the elite politicians within positions of power serve the people, but rather we serve them. We currently exist within a government in the USA where “elected officials” prioritize illegal immigrants above their own citizens. Most of us exist within a nation where the climate change agenda drives governmental policy.