Hybrid War is being fought predominantly in the economic/financial battleground – and the pain dial for the collective West will only go up. 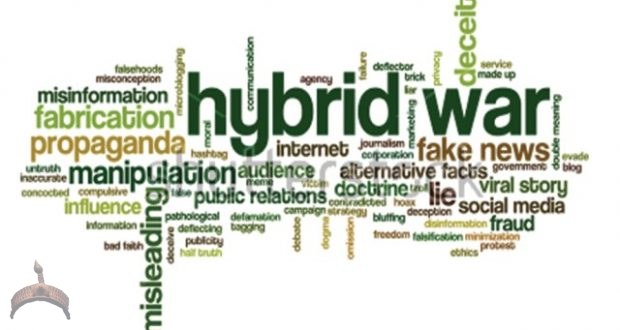 The ironclad fictional “narrative” imposed all across NATOstan is that Ukraine is “winning”.

So why would weapons peddler retrofitted as Pentagon head Lloyd “Raytheon” Austin literally beg since late February to have his phone calls answered by Russian Defense Minister Shoigu, only to have his wish finally granted?

It’s now confirmed by one of my top intel sources. The call was a direct consequence of panic. The United States Government (USG) by all means wants to scotch the detailed Russian investigation – and accumulation of evidence – on the US bioweapon labs in Ukraine, as I outlined in a previous column.

This phone call happened exactly after an official Russian statement to the UN Security Council on May 13: we will use articles 5 and 6 of the Convention on the Prohibition of Bioweapons to investigate the Pentagon’s biological “experiments” in Ukraine.

That was reiterated by Under Secretary-General of the UN in charge of disarmament, Thomas Markram, even as all ambassadors of NATO member countries predictably denied the collected evidence as “Russian disinformation”.

Shoigu cold see the call coming eons away. Reuters, merely quoting the proverbial “Pentagon official”, spun that the allegedly one-hour-long call led to nothing. Nonsense. Austin, according to the Americans, demanded a “ceasefire” – which must have originated a Siberian cat smirk on Shoigu’s face.

Shoigu knows exactly which way the wind is blowing on the ground – for Ukrainian Armed Forces and UkroNazis alike. It’s not only the Azovstal debacle – and Kiev’s all-around army breakdown.

After the fall of Popasnaya – the crucial, most fortified Ukrainian stronghold in Donbass – the Russians and Donetsk/Luhansk forces have breached defenses along four different vectors to north, northwest, west and south. What’s left of the Ukrainian front is crumbling – fast, with a massive cauldron subdivided in a maze of mini-cauldrons: a military disaster the USG cannot possibly spin.

Now, in parallel, we can also expect full exposure – on overdrive – of the Pentagon bioweapons racket. The only “offer you can’t refuse” left to the USG would be to present something tangible to the Russians to avoid a full investigation.

That’s not gonna happen. Moscow is fully aware that going public with illegal work on banned biological weapons is an existential threat to the US Deep State. Especially when documents seized by the Russians show that Big Pharma – via Pfizer, Moderna, Merck and Gilead – was involved in several “experiments”. Fully exposing the whole maze, from the start, was one of Putin’s stated objectives.