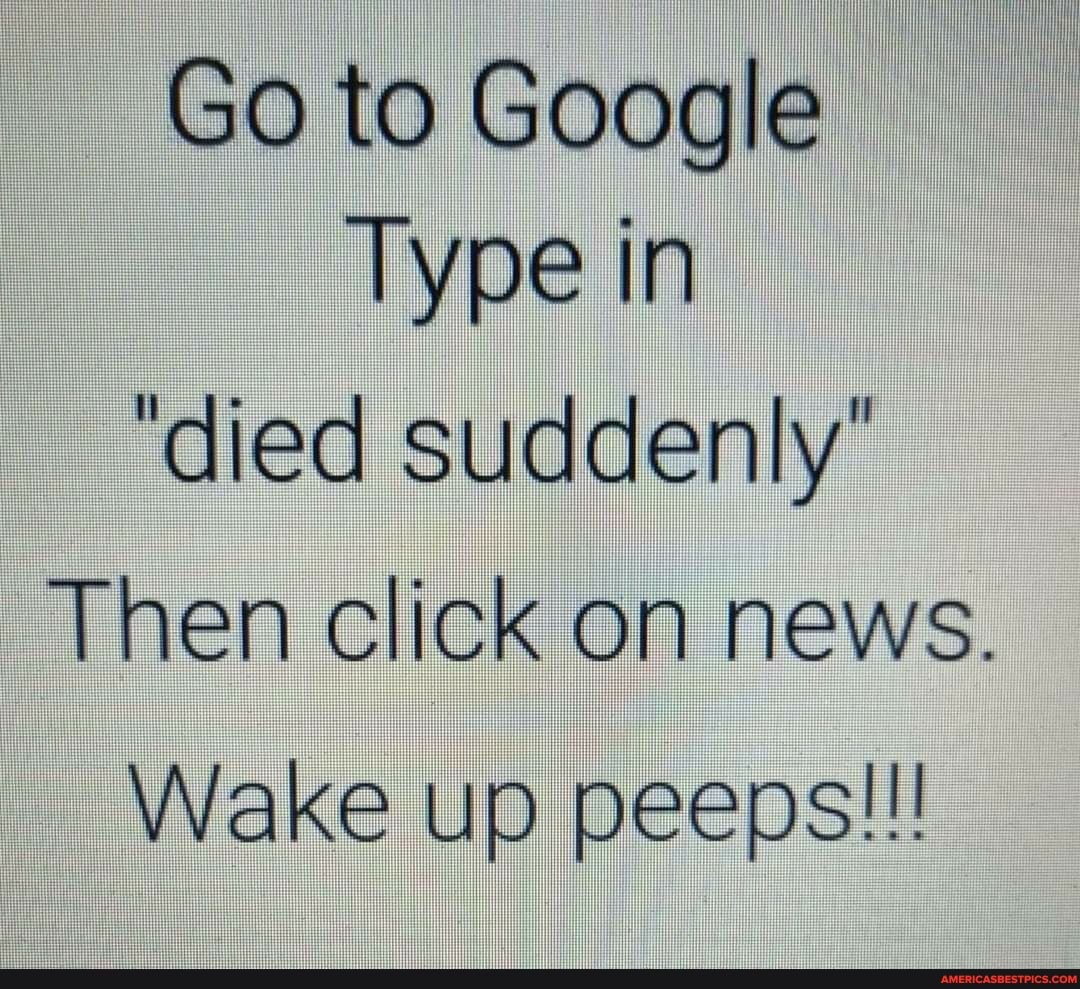 Before we note all those whose “sudden deaths” made news just this past week—“unexpected deaths” with no reported cause, or due to heart attacks, strokes, blood clots, cardiac arrest or swift, aggressive cancers (all known to be “adverse events” post-“vaccination”)—let’s review how this unprecedented global spike in sudden death has been deliberately obscured by “our free press.”

While honest doctors, nurses, cops, EMTs, nuns and undertakers have attested to this horror, which they have seen, with their own eyes, unfolding daily since the “vaccinations” started, and even though it’s been statistically confirmed, beyond a shadow of a doubt, by official figures from the life insurance industry and the Department of Defense, the media, both corporate and “alternative,” has not just blacked it out, but keeps on struggling to “explain” it all away, with claims that would be laughable, if they were not engaged in systematic Holocaust denial.

Since people always pay attention when celebrities drop dead, especially when they die before their time, the media jumped to spread the (fake) news, based on a statement from his family, who based it on an iffy coroner’s report, that Bob Saget died because he (somehow) hit his head, and, instead of going to the ER, figured he would sleep it off, and died that night—as happens all the time, “our free press” blared in unison. “What happened to Bob Saget is extremely tragic, but unfortunately not uncommon,” Pfizer cheerleader Dr. Leana Wen told People. “Every year, more than 61,000 Americans die from traumatic brain injury, and many of these are due to falls.” “Bob Saget’s head injury death a tragic reminder of Natasha Richardson’s,” grieved CNN misleadingly, while many other propaganda mills attacked our heads with yelps of pseudo-motherly concern about them: “What to do if you hit your head, according to trauma experts” (NPR); “What should I do if I hit my head? Understanding head trauma” (Washington Post); “What To Do If You Hit Your Head Really Hard” (Mens Health); “Doctors advise what to do after you hit your head” (MSN); “Head Injuries Are Dangerous, And It’s Not That Easy To Tell When One Is Serious. Here’s What To Know” (Buzzfeed).

There are two problems with this victim-blaming story that Bob Saget banged his head, and died because he didn’t get it checked at once (just like Natasha Richardson). First, several medical experts who reviewed the coroner’s report have found it inconsistent with Saget’s very badly fractured skull. His injury was so severe, a concussion expert told the Epoch Times, that “I doubt he was lucid, and doubt he thought, ‘I’m just going to sleep this off.’” “This is significant trauma,” a neurosurgeon told the New York Times. “This is something I find with someone with a baseball bat to the head, or who has fallen from 20 or 30 feet.”

Thus Saget’s head was injured more spectacularly than Natasha Richardson’s (she having hurt it in a fall while skiing, stayed conscious, with no fractures, but shortly got an agonizing headache, and died of an epidural hematoma two days later). So did somebody break into Saget’s hotel room in Orlando with a baseball bat, and do him in? The Orange Country Sheriff’s Office, like the Orange County Medical Examiner, were oddly disinclined to entertain that possibility, perceiving no signs of “foul play”; nor, clearly, has the media gone there, either, preferring to treat Saget’s sudden passing as this really sad enigma: “Mystery still surrounds what Saget hit his head on. Police have closed the investigation, so the question may never be answered,” sighs MSN.