Are the Globalists Intentionally Destroying the Food Supply Chain to Create a Crisis of Hunger and Starvation? by Brian Shilhavy, Editor, Health Impact News

About 6,500 people were told to evacuate their homes in Winston-Salem, North Carolina today, when a fire broke out overnight at a fertilizer plant that Winston-Salem Fire Chief Trey Mayo said contained “an estimated 5,000 tons of finished fertilizer.”

The cause of the fire is not known. The facility is inspected by the fire department yearly, Mayo said. The last inspection was in December, and no violations were found. (Source.)

Taken in isolation, this news story would not be very alarming in terms of its impact on food production in the U.S., as fires at fertilizer plants do happen from time to time and are not that rare. The main focus of this news story being reported in the corporate media is the safety of those close to the fire, as it should be.

But when one considers the fact that the U.S. still imports a significant portion of its fertilizer from China, which stopped exporting phosphate to the U.S. in September last year to allegedly save their supplies for their own farmers, and that potassium chloride from potash comes mainly from Saskatchewan, Canada, where truckers are now protesting COVID vaccine mandates with little to no traffic coming across the borders which is fueling major concerns about fertilizer shortages, and that on top of all that many state organizations for corn, wheat and soybean producers sent a letter to the second largest fertilizer company in the U.S. last December complaining that “tariff barriers” from the second largest fertilizer company in the U.S. were preventing them from buying fertilizers from Morocco and Russia, suggests that perhaps something much more sinister is in play here, with potential disastrous results later this year. 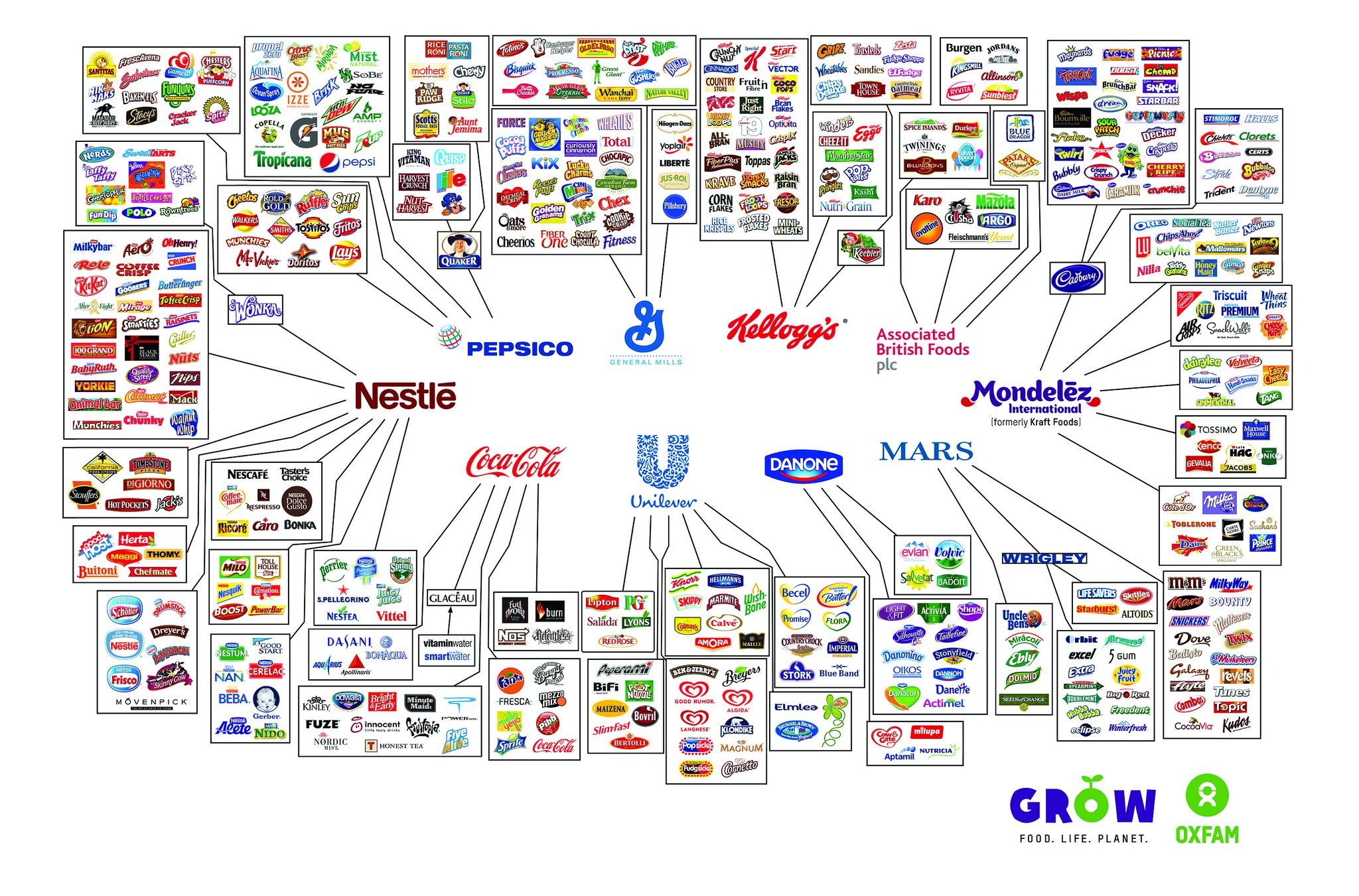 The ten companies that control most of the world’s food supplies. Click to expand. Image source.

When the United States was founded in the 1700s, about 90% of the population was employed in agriculture. By the time Abraham Lincoln became President, that number had dropped down below 50%.

Today, less than 1% of the U.S. population is employed in agriculture, and just a handful of companies control the food supply, here in the U.S. and around the world.

Our agricultural system is heavily dependent on technology today, as mass production of food has caused a major depletion of our soil, which is dependent on fertilizers to grow crops today: no fertilizer, no crops, no food.

Last year I published an article by Sam Parker from Behind the News Network that referred to the Globalist Wall Street Billionaires and Bankers as the “Global Food Cartel,” where he wrote: “Genocide is an intent of this system, not a side-effect.”

It is, by far, the best treatise I have read on this Global Food Cartel, as he names names and exposes their true intentions. If you have not read it yet, please consider it must reading!