Thumbs up or thumbs down?  Do the mRNA nanobot injections do what they are built to do?

It all depends on the main objective of the injections.

If the mRNA injections are built to protect against infection and transmission, then they fail miserably.

If, on the other hand, they are built to dismantle the body’s innate immune system, then they are entirely successful.

There is now irrefutable evidence to show how mRNA injections lead to immune system malfunction.

First some perspective. On the Global pandemic map, ASIA is not only a continent. A.S.I.A is an acronym known as Autoimmune/Inflammatory Syndrome Induced by Adjuvants. 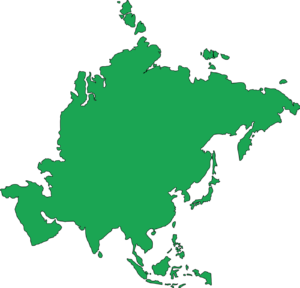 This acronym, A.S.I.A, known for at least a decade, is evidence that vaccines are linked to autoimmune disease and inflammation due to aluminum toxicity. When neurotoxins are injected as “adjuvants,” inflammation happens throughout all parts of the body and brain.

Aluminum adjuvants have been used in vaccines for more than 80 years, often along with mercury. These known neruotoxins hyperstimulate the immune system through a cytokine storm and can end up attacking the body’s own tissues. In war, this is known as “friendly fire.” From the 2017 Journal Human Vaccines and Immunotherapeutics:

Used for more than 80 years, aluminum, the first adjuvant in human vaccines, proved insufficient to develop vaccines that could protect against new challenging pathogens such as HIV and malaria. New adjuvants and new combinations of adjuvants (Adjuvant Systems) have opened the door to the delivery of improved and new vaccines against re-emerging and difficult pathogens.

It is widely known that vaccines induce autoimmunity and that explains why there are now more than 100 different autoimmune condition, which all stem from a common cause; toxicity. Using vaccines to bypass natural immunity has caused humans and animals to trade infectious disease for autoimmune disease. Unfortunately, new mRNA injections take disease to a new level with unknown consequences.