The Queen of Peace Catholic Church in Ocala, Florida, sustained major damage when a man “plowed his vehicle into the Catholic church and then set the building on fire as parishioners were inside preparing for Mass, according to officials,” according to Fox News.

After his apparent attempt to destroy the church, Steven Anthony Shields, 24, faces multiple charges, including attempted second-degree murder, arson, burglary and attempting to elude. He is being held in the Marion County Jail.

But this not an isolated event. Over the past few weeks, churches in Florida, California, Massachusetts and Washington, D.C., have sustained damage and destruction after other vicious attacks including burning, looting and vandalizing. Fox News also reports that a 249-year old church in San Gabriel, outside of Los Angeles, “went up in flames around 4 a.m.” on July 11, burning the church’s roof and interior.

Captain Antonio Negrete of the San Gabriel Fire Department said that “the recent destruction of monuments to Junipero Serra, founder of the California mission system—whom Indigenous activists view as a symbol of oppression—will be a factor in the investigation,” per Fox News.

And in yet another heinous crime, a Miami, Florida crime left a statue of Jesus Christ at Good Shepherd Catholic Church decapitated and knocked off its pedestal.

All this comes on the back of statements made in tweets by Black Lives Matter leader Shaun King. One tweet he posted reads as follows: “I think the statues of the white European they claim is Jesus should come down. They are a form of white supremacy. Always have been. … Tear them down.”

All murals and stained glass windows of white Jesus, and his European mother, and their white friends should also come down.

They are a gross form white supremacy.

They should all come down.

BLM LEADER Before College from The Burning Platform

hmmmm…looks a little pale from here. Maybe the smile is hiding an illness or something that has lightened his skin tone and straightened his auburn hair. 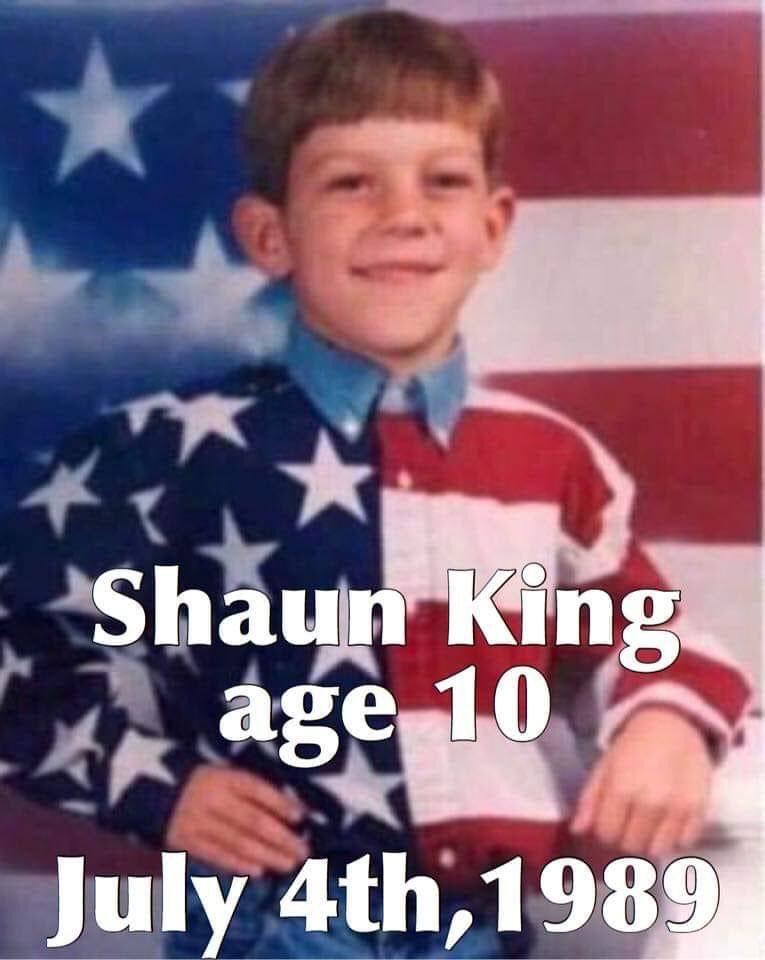