The Country of Georgia Never Closed Churches, and Largely Avoided COVID Pandemic – Did God Intervene? by (Russian Faith) via Russia-Insider

“God will perform a miracle for a nation that is faithful to God and the fatherland.”

“Life without Christ is death, and death with Christ is life.”

Georgia has been one of the most successful countries in fighting COVID, with a population of 3.7 million, it has only 1000 cases and 15 deaths. It recently reopened its borders and ended lockdown, which it at first pursued agressively. Here is a recent BBC article about it.

The article mentions the fact that the Georgian church, which is Orthodox, is very powerful and was able to refuse to close churches or even stop using common spoons for communion, and then mentions in passing that most people followed advice of authorities and stayed home on Easter. What the BBC doesn’t mention, because it is hostile to Christianity, is that faithful Christians continued coming to church throughout the lockdown, sharing communion, singing, and ignoring social distancing.

Here is another article about the standoff between the church and the unsuccessful efforts to lock it down.

A nation that is faithful to God and its fatherland will be miraculously blessed by God, His Eminence Metropolitan Daniel of Chiatura and Sachkhere of the Georgian Orthodox Church said during his Sunday sermon at the Holy Trinity Cathedral.

A miracle was seen in Georgia, where there was no eruption of the coronavirus epidemic despite the fact that the churches were never closed, as in many other countries, Met. Daniel emphasized, reports 1tv.ge. 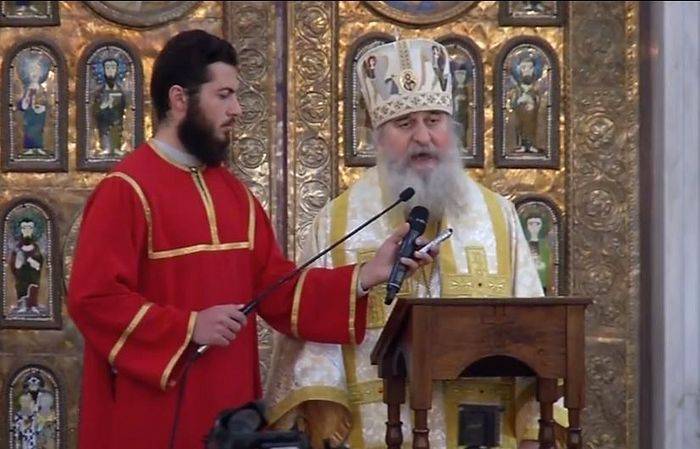 “The Georgian ethos is one of the first,” Met. Daniel said. “Someone may ask how it survived. It survived for two reasons: it was dedicated to the fatherland and to God. He who is devoted to God and to his fatherland will not be abandoned by God and will often be saved by great mercy.”