GNN Note – This is what the actions of President Trump prevented at our southern border.

The border between Greece and Turkey is becoming increasingly militarised, with heavily armed personnel from either side continuing to pour into the region as illegal migrants seek to punch through the European Union’s common external border with Turkish president’s blessing.

Greece is well-accustomed to having its airspace and territorial waters violated hundreds or even thousands of times a year by its much larger neighbour — a NATO ally, on paper — which makes a number of claims on Greek islands and other border territories.

But President Recep Tayyip Erdogan’s decision to “open the gates” to Europe on his side of the frontier — and the Greek government’s decision to hold fast, in contrast to its stance in 2015 — has heightened tensions enormously, with the Turks accused of having an active role in transporting migrants to the border, co-ordinating their attempts to breach it, and even arming them with tear gas to attack Greek border forces.

These have been heavily reinforced by the Greek armed forces, who the Turks, in turn, have accused of firing on and even killing migrants. 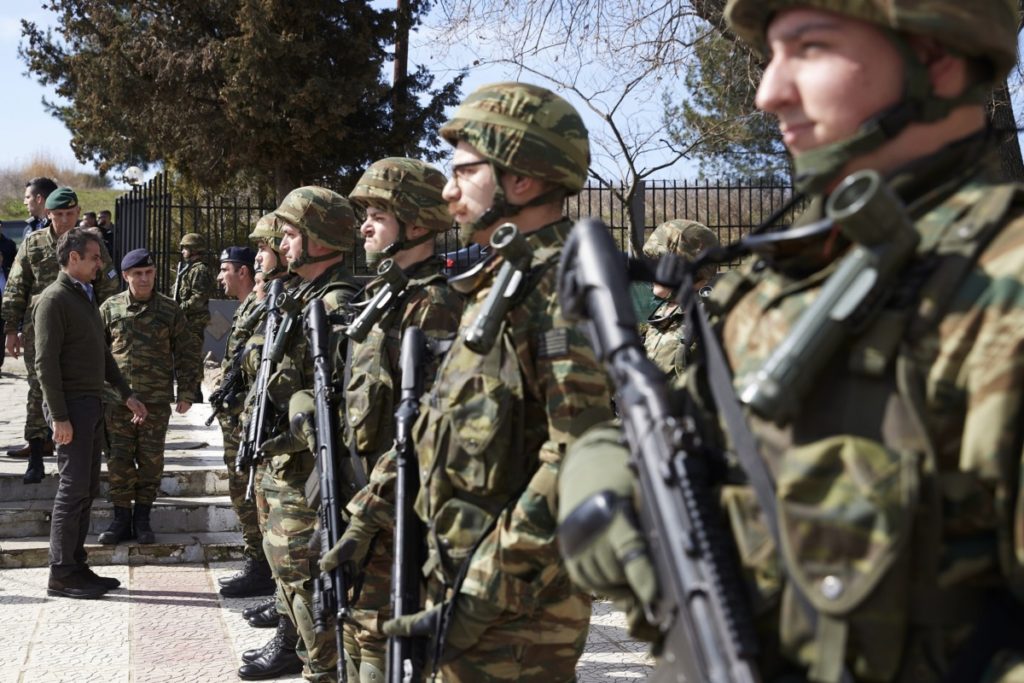 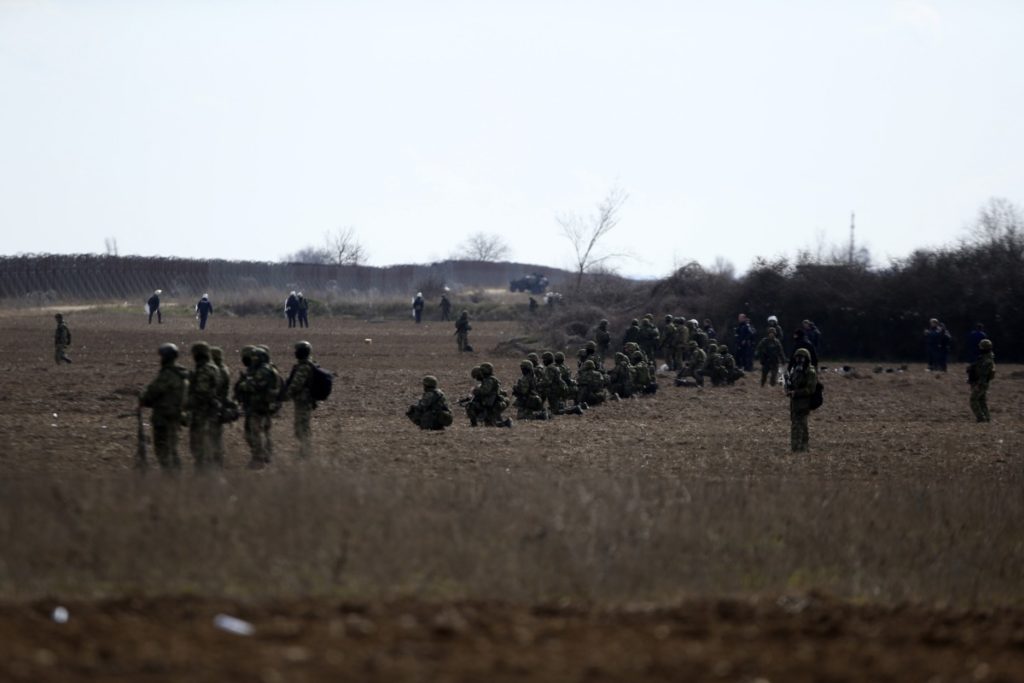 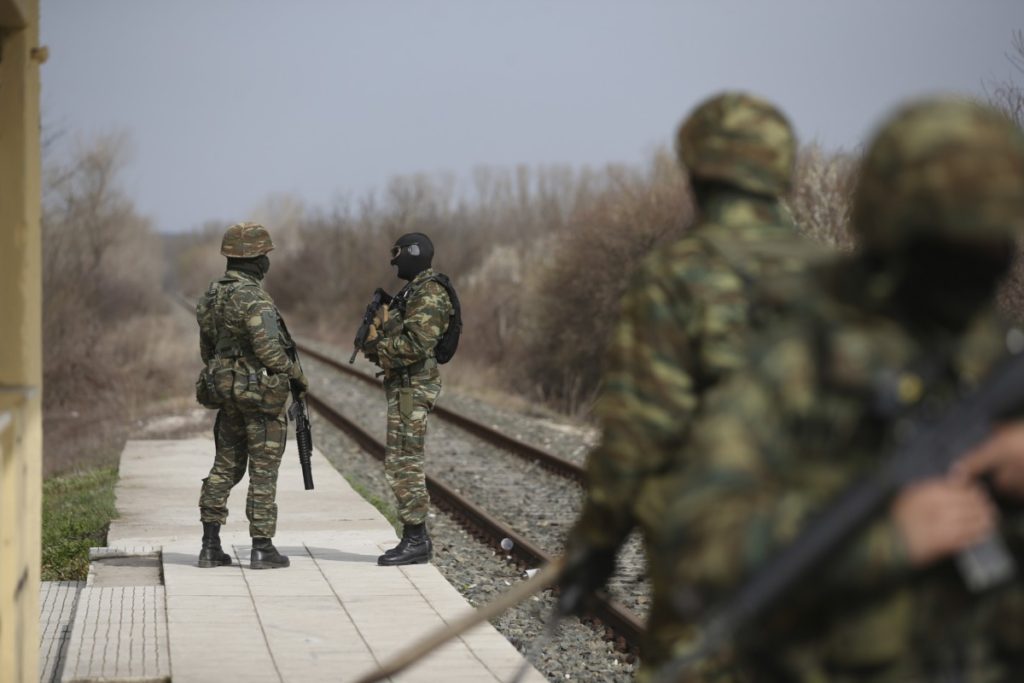 Greek army patrol at the train station of Kastanies village, near the Greek-Turkish border on Sunday, March 8, 2020. (AP Photo/Giannis Papanikos) 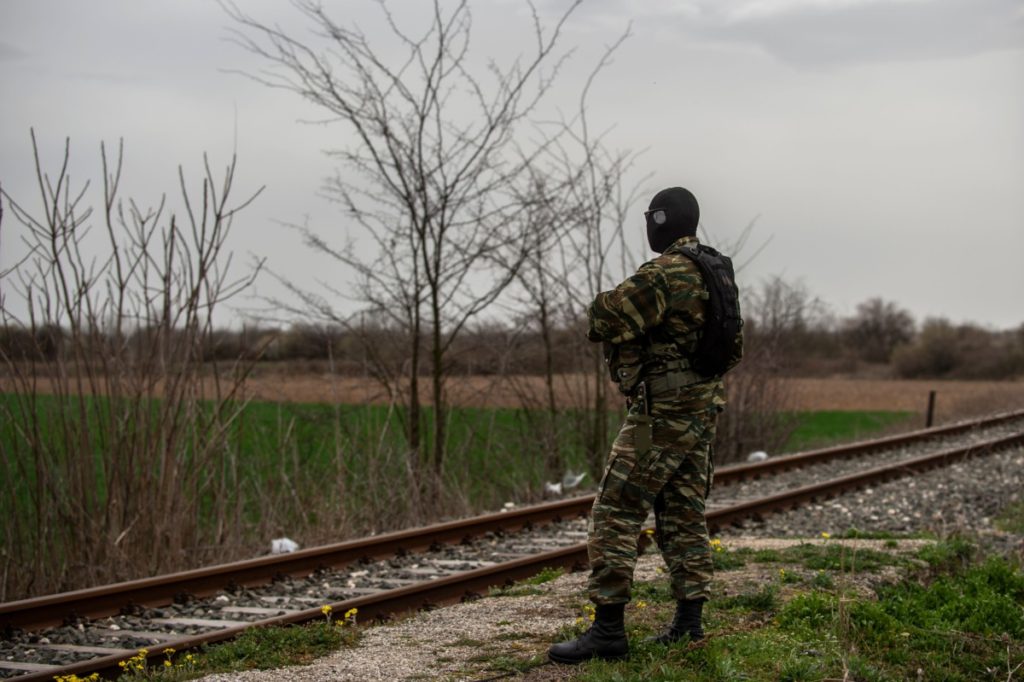 A Greek army officer patrols at the railway station of Kastanies village, near the Greek-Turkish border on March 8, 2020. (Photo by ANGELOS TZORTZINIS/AFP via Getty Images) 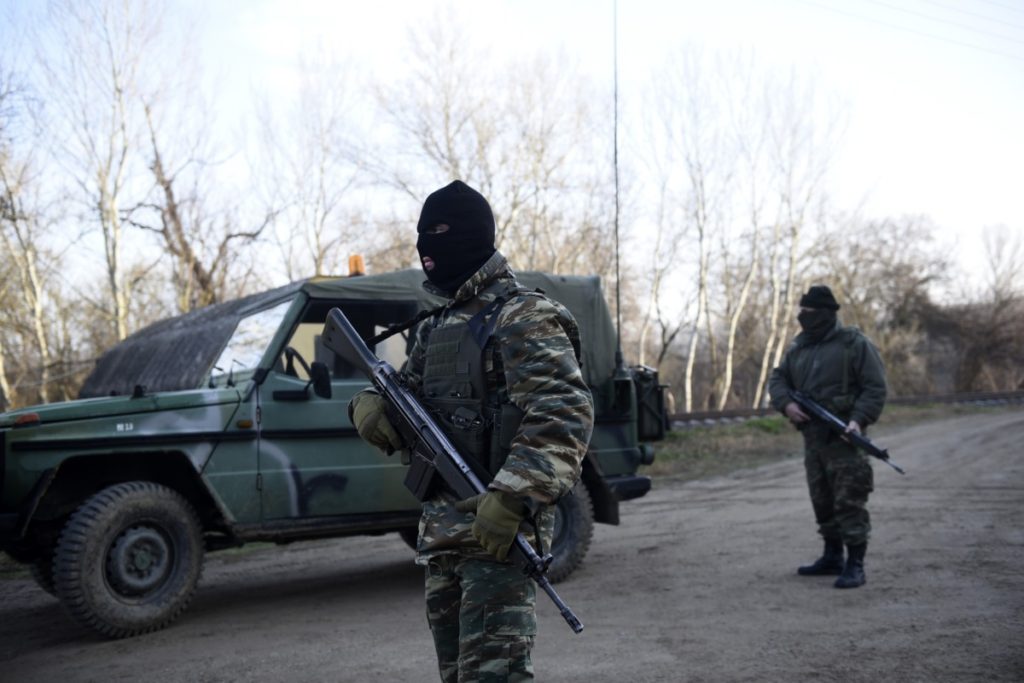 Greek soldiers patrol in the village of Marasia near the Greek-Turkish border on Monday, March 2, 2020. (AP Photo/Giannis Papanikos)