Islamist Fulani raiders are waging a barbaric war on Nigeria’s Christians, the Wall Street Journal reported this week, in a brutal campaign to rid the country’s Middle Belt of non-Muslims.

In his first-hand account of the atrocities in the former British colony, Bernard-Henri Lévy writes the Fulani extremists now pose a greater threat than the Islamic terror group Boko Haram, and are responsible for systematic jihadist attacks involving burning, raping, maiming, pillaging, and killing.

Lévy describes the campaign as a “slow-motion war” against Nigeria’s Christians, “massive in scale and horrific in brutality.” And worst of all, he asserts, “the world has hardly noticed.” 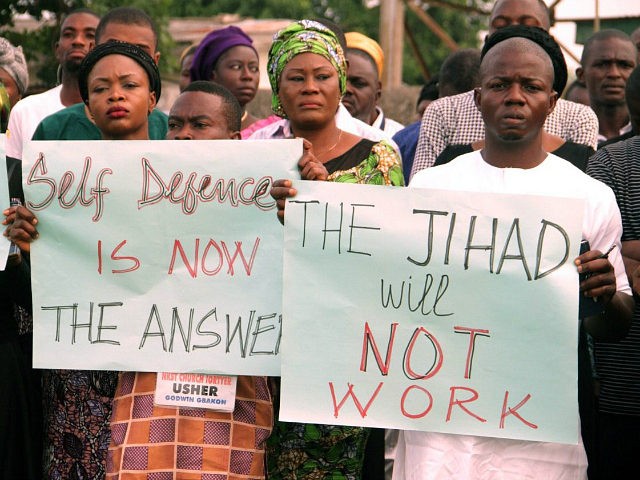 Present throughout Nigeria and numbering between 14 and 15 million, the Fulani raiders originated in the country’s mostly Muslim north but have made their way south where they have been carrying out a reign of terror on Christians.

Mainstream media usually describe the conflict as ethnic and economic in flat-out denial of the thoroughly religious nature of the attacks, something Lévy ascribes to “professional disinformers.”

“They are Islamic extremists of a new stripe,” says a Nigerian NGO director interviewed by Lévy, “more or less linked with Boko Haram.”

According to the 2019 Global Terrorism Index, the Fulani militants are now deadlier than Boko Haram and carried out the majority of the Nigeria’s 2,040 documented terrorist fatalities in 2018.

In his account, Lévy chronicles a series of atrocities: “The mutilated cadavers of women. A mute man commanded to deny his faith, then cut up with a machete until he screams. A girl strangled with the chain of her crucifix.”

This past summer, Fulani raiders rode motorcycles into the village of a 28-year-old woman named Jumai Victor, shouting “Allahu Akbar!” and torching houses. The Islamists killed her four children before her eyes and proceeded to slice up and amputate her left arm with a machete. The woman was visibly pregnant at the time.