GNN Note – Here’s the wall surrounding the Vatican and the protecting the other hypocrites from immigrants. 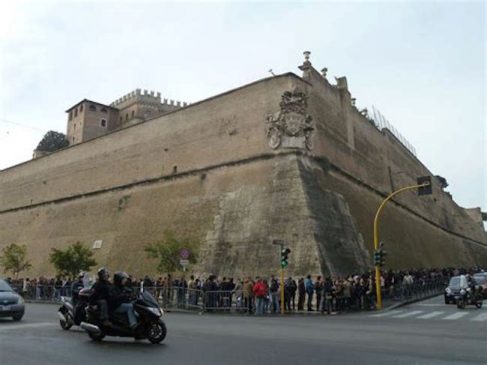 Pope Francis has announced his intention to elevate the head of the Vatican’s immigration department to the rank of cardinal.

In his weekly Angelus address in Saint Peter’s Square on Sunday, the pope said he will be creating 13 new cardinals in a special consistory this coming October and among them will be Jesuit Father Michael Czerny, who runs the Migrant and Refugee Department of the Vatican’s office for Promoting Integral Human Development.

As veteran Vatican journalist John L. Allen notes, Father Czerny “has been the pope’s right-hand man on migrant and refugee issues” and is recognized by Vatican-watchers as a reward to a man who has understood the pope’s priorities and has made them his own.

Contrary to usual practice, the pope is naming Czerny to the college of cardinals despite the fact that Czerny is not a bishop, but merely a priest. Pope Francis — the first Jesuit pope — has also not been shy about elevating members of his own Jesuit order to positions of prominence and influence in the Church.

Along with climate change and environmental issues, Pope Francis has made the immigration question a central plank in his pontifical platform.

In 2018, the pope published an extensive letter in which he insisted that immigration and the care of migrants should be considered a central issue for Catholics, since Jesus commanded his followers to welcome the stranger.

“We often hear it said that, with respect to relativism and the flaws of our present world, the situation of migrants, for example, is a lesser issue,” Francis wrote. “Some Catholics consider it a secondary issue compared to the ‘grave’ bioethical questions.”