GNN Note – That image says it all. If you thought there was a shred of legitimacy left in this country, look at that image until the reality of our world sets in. 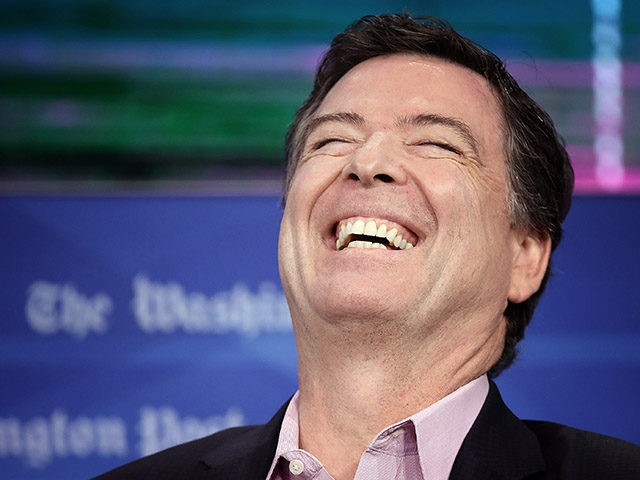 The watchdog office said Comey broke FBI rules by giving a memo containing unclassified information to his friend Daniel Richman with instructions to share the contents with a reporter. The office also said Comey failed to notify the FBI after he was fired that he had retained some of the memos in a safe at home. Comey wrote a series of memos about conversations with President Trump he said unnerved him. Comey has stated he wanted to make a record of the interactions because he was concerned President Trump might later lie about them.

Attorney General William Barr will not prosecute the fired FBI director over his wrongdoings.

In April 2018, Comey turned over seven memos to congressional investigators, and eight of the 15 pages were redacted due to classified exceptions. Comey told the Senate Select Intelligence Committee in June 2017 that he leaked the memos following his May 2017 termination to prompt the appointment of a special counsel. Robert Mueller was later appointed to lead the investigation into now-debunked collusion between the 2016 Trump presidential campaign and Russia.

“I asked a friend of mine to share the content of the memo with a reporter—I thought that might prompt the appointment of a special counsel,” Comey told lawmakers at the time.