Christophobia’ Is Almost Nonexistent from ZeroHedge

Persecution of Christians in the Middle East is now close to “genocide“, a UK-commissioned report just revealed. The same threat has also become critical for Christian communities in Africa.

Some say it began in Algeria in the 1990s, when 19 monks, bishops, nuns and other Catholics were killed during the civil war. Since then, in Nigeria, Christian faithful have been massacred in their churches; in Kenya, Christians have been killed in universities; in Libya, Christians have been beheaded on beaches; in Yemen, nuns have been assassinated and in Egypt, massive anti-Christian violence is prompting an exodus. It is the new African archipelago of persecution.

Distressingly, these Christians have been finding themselves in the blind spot of the West: they are “too Christian” to get the Left’s attention, but too far away for the Right. Africa’s Christians are orphans. They have no “allies”, John O’Sullivan writes.

Christian families recently fled the city of Diffa, in Niger, after Boko Haram delivered the message: “You have three days to go or you will be killed!”. “There is no Christian anymore in this town”, someone reported to the non-governmental organization, the Barnabas Fund. The town, Arbinda, is in Burkina Faso. Numbers are telling: 82 pastors, 1,145 Christians and 151 households have fled from violence in the Muslim-majority nation. Just in the last few weeks, several of the Christian faithful and clergy have been murdered. Jihadists killed six Christians in a Catholic church in the town of Dablo. A pastor was murdered in an attack in Silgadji, Catholic parades have been targeted. 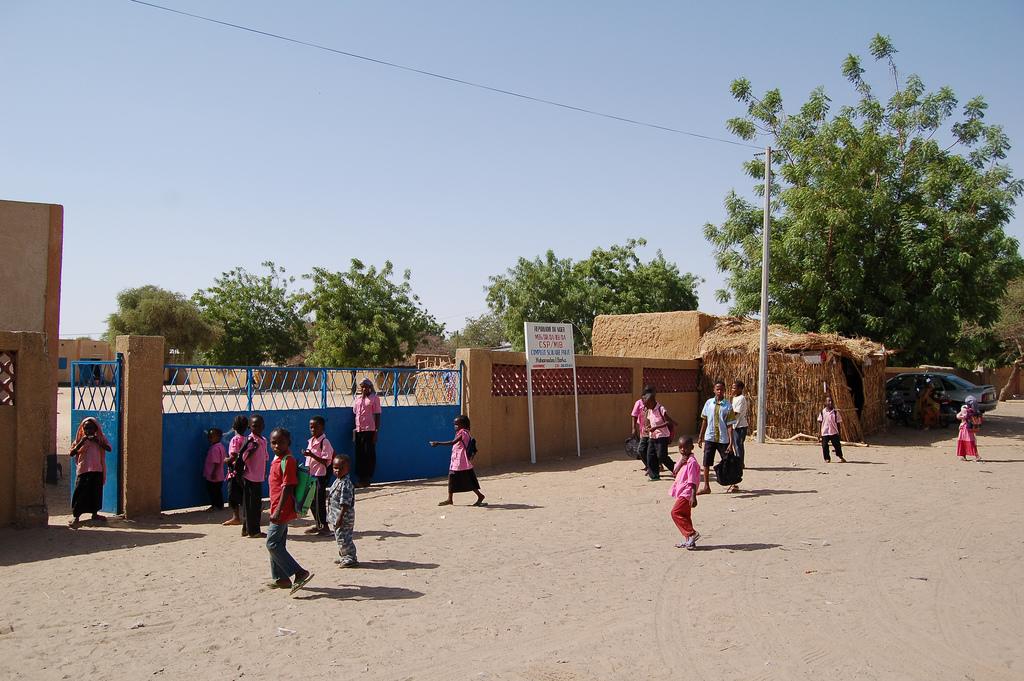 Pictured: The gate of a school in Diffa. (Image source: Roland Hunziker/Wikimedia Commons)

Jihadists apparently want to “cleanse” these areas of Christians — and they are succeeding. “There is an atmosphere of panic in the town,” the mayor of Dablo, Ousmane Zongo, said. “People are holed up in their homes, nothing is going on. The shops and stores are closed. It’s practically a ghost town”.