As The Perfect Storm Hits America’s Food Supply All At Once, ‘Miracle Foods’ & Hydroponics Will Be The Keys To Long-Term Survival By Susan Duclos – All News PipeLine

With this Spring’s flooding in the Midwest decimating many crops, with millions of calves lost during the flooding, along with the recent barrage of tornadoes leaving a path of destruction from Kansas to Pennsylvania, along with the recent news of Asian “pig ebola” sending “shock waves through the global food chain,” we have seen and written a number of prepping pieces encouraging Americans to prepare, many focused on emergency survival food, but eventually even that would run out as the long term effects of food shortages started affecting production.

While a significant supply of emergency food may last a few months, a year or maybe, for those that have been prepping longer,  more, long-term survival will depend on the ability to grow your own food indoors year-round.

ANP reached out to Steve Quayle, who has been a proponent of prepping since before prepping became a “thing,” to ask what the most ignored or under-addressed aspect of prepping was in his researched opinion, and received back some of the best prepping tips we have ever heard.

Below we will delve into the most important factors of survival that we believe are not addressed enough. 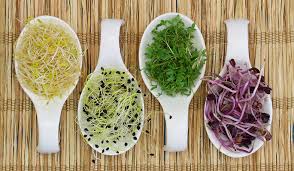 HYDROPONICS AND SPROUTING WILL BE THE ONLY WAY PEOPLE WILL SURVIVE

We’ll start with sprouts, often described as a “miracle food” as they are healthy and nutrious, offer vitamin, mineral, amino acid and protein boosts, are affordable, requires no soil (perfect for apartment preppers with a limited amount of space), and offer a large variety, sprout seeds, beans, legumes or grains, and more.

The information on sprouting is out there if one knows what to look for and the easy process “involves germinating seeds and legumes, and then eating them raw,” so they don’t even have to be cooked, and most can be added to soups, stews, salads, among a number of other foods.

In researching sprouts  we found that they can be grown in simple mason jars, or sprouting trays that barely take up any room and some sprouts can be ready to eat within a week. (Note – Some  can take 10-20 days to harvest)

Hydroponics is a method of growing nutritious sprouts and other greens and vegetables that doesn’t require soil. While researching this method, we were amazed to see how many different herbs, vegetables and greens can be grown using a hydroponics system. Lettuces, tomatoes, cucumbers, spinach and much more can offer decent yields, with no messy soil or the need for a full outside garden, and they can be grown all year round.

While the systems themselves range from larger hydroponic growing systems, to smaller ones for those that take up much less space, we found the majority of them to be relatively inexpensive.

The great part of being able to grow sprouts, vegetables, fruits and greens indoors using hydroponics is that one is not limited by season or weather and can be harvested more rapidly than traditional gardening. The best part is using non-GMO seeds and growing your own food, you always know exactly what is in the food you are eating and how fresh it is.

With the massive amounts of food recalls in recent years due to listeria, salmonella and ecoli, growing your own food is also safer.