The Colombo Telegraph, which published the video, reports that the footage shows the security forces “helping” the attackers during the riots on Monday.

Authorities have reportedly arrested 74 people in connection to a wave of assaults by rioters armed with sticks and blunt weapons, who are targeting Muslim-owned homes and shops in various areas of Sri Lanka. 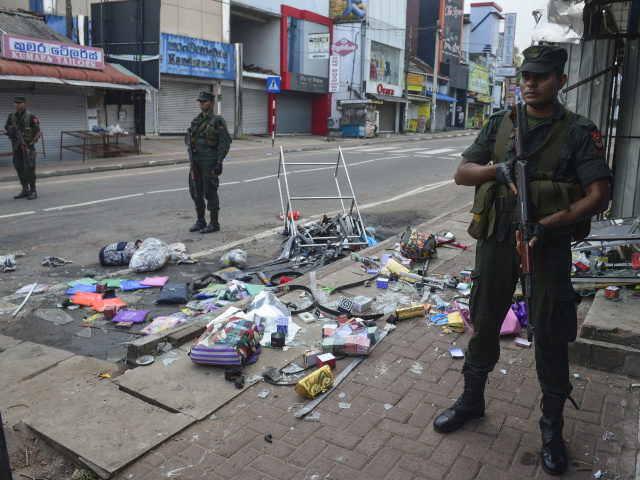 BBC notes that the leader of a far-right Buddhist group is among the detainees.

Sri Lanka is a Buddhist-majority country, but it also houses significant Hindu, Christian, and Muslim minorities.

Several news outlets report that rioters killed a Muslim man as they torched shops believed to be owned by Islam adherents and vandalized mosques.

A Muslim man was slashed to death in Sri Lanka Monday, police said after imposing a nationwide curfew to contain a violent new backlash against the Easter suicide bombings.

The 45-year-old man died shortly after admission to a hospital in Puttalam district during anti-Muslim rioting, which began Sunday in the area, a police official told AFP.

Sri Lanka has declared a nationwide curfew for Tuesday, marking the second night of restrictions.

The country’s North-Western province, where the worst violence flared, will be shut down for longer, police said.

Rioting there, north of the capital Colombo, saw police fire bullets into the air to disperse mobs marauding through several towns. …Officials have [also] blocked some social media platforms and messaging apps, including Facebook and Whatsapp, in an attempt to curb outbreaks of unrest.