“How can this be simply an accident, when there is an obvious pattern of intentional desecration of France’s holy places? . . . churches all over the country have been targeted by vandals and arsonists. Vandals have smashed statues, knocked down tabernacles, scattered or destroyed the Eucharist and torn down crosses . . .”

The entire world has been watching as Notre Dame Cathedral in Paris has been burning. We watched in horror as the famous spire collapsed, and many of us were just as horrified when some media outlets reported that the blaze was caused by an accident or electrical fire related to the ongoing $6.8 million renovation project. Meanwhile, gas tanks and Arabic documents were found in an unmarked car by the Notre-Dame cathedral, sparking fears of terrorism.

The horror of this theory comes after a spree of destruction of Catholic churches in France. How can this be simply an accident, when there is an obvious pattern of intentional desecration of France’s holy places? 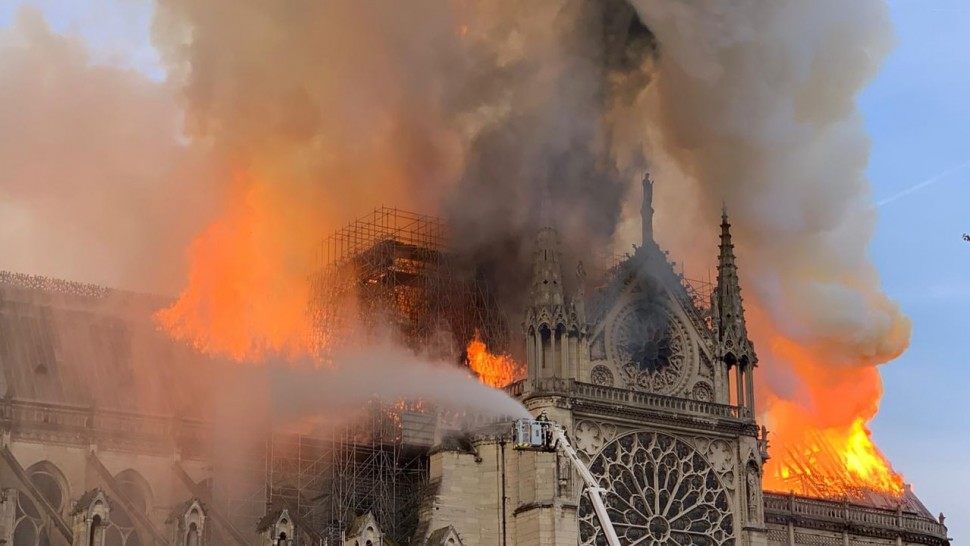 In the past month, Newsweek reports that churches all over the country have been targeted by vandals and arsonists. Vandals have smashed statues, knocked down tabernacles, scattered or destroyed the Eucharist and torn down crosses, sparking fears of a rise in anti-Catholic sentiment in the country.

Last Sunday, the historic Church of St. Sulpice in Paris was set on fire just after midday mass on Sunday,  Le Parisien reported, although no one was injured. Police are still investigating the attack, which firefighters have confidently attributed to arson. Built in the 17th century, St. Sulpice houses three works by the Romantic painter Eugene de la Croix, and was used in the movie adaptation of The Da Vinci Code, by Dan Brown.

Last month, at the St. Nicholas Catholic Church in Houilles, in north-central France, a statue of the Virgin Mary was found smashed, and the altar cross had been thrown on the ground, according to  La Croix International, a Catholic publication.

Also in February, at Saint-Alain Cathedral in Lavaur, in south-central France, an altar cloth was burned and crosses and statues of saints were smashed. The attack prompted Lavaur Mayor Bernard Canyon to say in a statement: “God will forgive. Not me.”

And in the southern city of Nimes, near the Spanish border, vandals looted the altar of the church of Notre-Dame des Enfants (Our Lady of the Children) and smeared a cross with human excrement. . .

On February 9, the altar at the church of Notre-Dame in Dijon, the capital of the Burgundy region, was also broken into. The hosts were taken from the tabernacle, which adorns the altar at the front of the church, and scattered on the ground. . .

The Catholic News Service noted ten vandalisms in February and March of this year alone. This current blaze even garnered the urgent attention of Donald Trump. 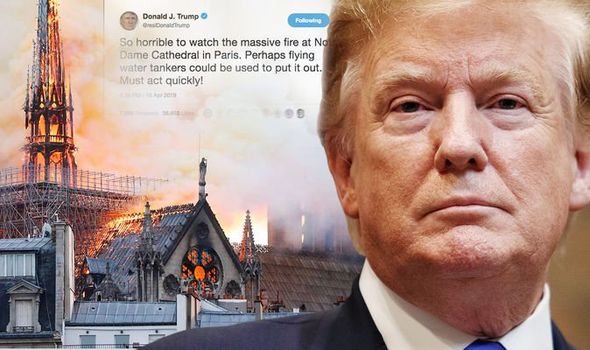 As horrible as all this is, you may be asking why it matters to you. This question is addressed by the website Get Religion, in the following frank discussion:

Is it a news story if a church is set on fire or vandalized in some other way? What about if it’s part of a string of incidents? What if it happens five times? How about 10 times?

What if there are flames pouring out of one of the world’s most iconic cathedrals and its Monday in Holy Week?

We will come back to the flames over Notre Dame Cathedral in Paris in a moment.

The answers to the earlier questions are yes, yes, yes, yes and, of course, yes! As someone who worked as a news reporter (and later a editor) at two major metropolitan dailies (at the New York Post and New York Daily News) and a major news network website (ABC News), I can tell you that any suspicion of arson at a house of worship, for example, is a major story.