GNN Note – Tlaib, like her counterpart, Ilhan Omar, is a national disgrace, that should be removed from office immediately if not sooner.

The Washington Post attempted to defend the anti-Israel views of Rep. Rashida Tlaib (D-MI) in an article Sunday about Democratic Party divisions over antisemitism, claiming falsely that Tlaib opposes a “a Jewish-only state.”

Tlaib opposes the separate existence of Israel, and wants a “one state” solution in which a Palestinian state replaces Israel. Her position cost her the endorsement of the far-left group J Street, which opposes Israeli government policy but supports, in theory, a two-state solution to the conflict.

Even Rep. Ilhan Omar (D-MN), whose antisemitic views are the cause of the ongoing controversy, supports a two-state solution — though she also wants to boycott Israel.

The Post tried to whitewash Tlaib’s view by claiming that her only opposition is to Israel as “a Jewish-only state.” The context of the Post‘s claim was a story about a meeting between Jewish and Muslim Democrats earlier this month, in which a Jewish Democrat demanded that Omar apologize, and Tlaib broke down in tears defending her:

Israel is not, and has never been, a “Jewish-only state.” It is the nation-state of the Jewish people, a fact that was codified in law last year, but it has always been a diverse state that includes people of different faiths, with equal rights. 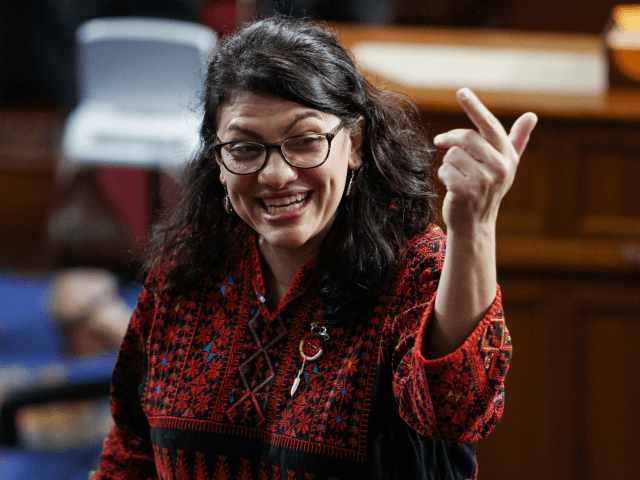 Israel’s declaration of independence — announced after months of violence by Palestinians, and as Arab armies were preparing for war — declared nevertheless that Arabs would be “full and equal” citizens of Israel:

WE APPEAL – in the very midst of the onslaught launched against us now for months – to the Arab inhabitants of the State of Israel to preserve peace and participate in the upbuilding of the State on the basis of full and equal citizenship and due representation in all its provisional and permanent institutions.

Israel has honored that commitment. Moreover, according to the CIA World Factbook, Israel is 74% Jewish. No one is proposing that Israel become “Jewish-only”; moreover, Israel bans political parties that have racist platforms.