The Endgame Is Upon Us By Susan Duclos – All News PipeLine

One guaranteed way of destroying not just a nation, but the future of a nation, is by destroying the nation’s children. From abortion to infanticide, to indoctrination of marxist/communist/socialist policies in our educational institutions, to parents and groups creating generations of “gender confused” children, to finally producing literal morons, then getting them elected into congress for far left liberal states.

Over the past few months we have seen the evil within the democrat/socialist party exposed as states have passed abortion laws that allow the murder of a baby right up until the moment of birth, with some discussing what to do after a baby has survived the brutal abortion attempt, but as we look around at the increasingly concerning news, we see that those determined to destroy America are closer to their ultimate endgame goal than many would believe.

INDOCTRINATION INTO DEVIANCY AND SOCIALISM

Look to California to see how children as young as elementary school ages are being targeted by LGBT activists, creating programs and proposals to teach kindergartners that there are 15 genders, with some school districts refusing to allow parents to opt their children out of LGBT sex ed classes. These types of programs are being inserted into schools across the country.

Look to colleges across the U.S., and we see indisputable proof that America’s universities are full of communist professors who are training students to become full-out socialists. SHTF Plan published a piece from Michael Snyder of End of the American Dream website, which put together a list of “50 actual college course titles that prove that America’s universities are literally training our college students to be socialists…”

#1 Harvard University: FRSEMR 62O—Who is a Fascist? Culture and Politics on the Radical Right

Make no mistake, the indoctrination is not just occurring in schools across the country, much of it is coming from within the home from the previous generation of indoctrinated socialists and gender confused parents.

The Daily Caller reported on Wednesday about a Facebook Group called Parents of Transgender Children, where parents discuss everything from prosthetic penises for their young girls, to teaching how to “pack,” and “tuck.”

We are talking children as young as five years old.

One section caught my eye as they described what one parent was confused about.

Some conversations involve parents expressing confusion at their child’s lack of interest in prosthetic penises.

“My kid doesn’t seem that miffed about not having a penis, which frankly throws me off a bit,” one reads.

Others simply ask for recommendations for the best “age appropriate” fake penises for their young children, as well as for “stand-to-pee” (STP) devices.

“The peeing upright is more important than the bulge for my 6 year old,” reads another.

The child isn’t “miffed.” In other words the child doesn’t care that she doesn’t have a penis. So, why is the parent trying to force her to care if she is comfortable exactly as she was born?

How is this not child abuse?

(If you appreciate stories like this, please consider donating to ANP to help keep independent journalism alive.) 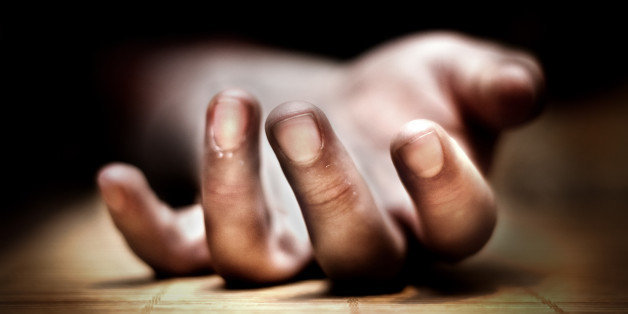 GENDER CONFUSION LEADS TO A HIGHER SUICIDE RATE IN ADOLESCENTS

I ask that question quite literally, because according to statistical data, the suicide rate among transgender teens is shockingly high in comparison to the national average, so these parents are pushing their young children,  as young as five years old, into a lifestyle that puts them at risk for a high rate of suicide.