Worlds Apart: The Attack on Religious Freedom by Paul Adams for The Epoch Times 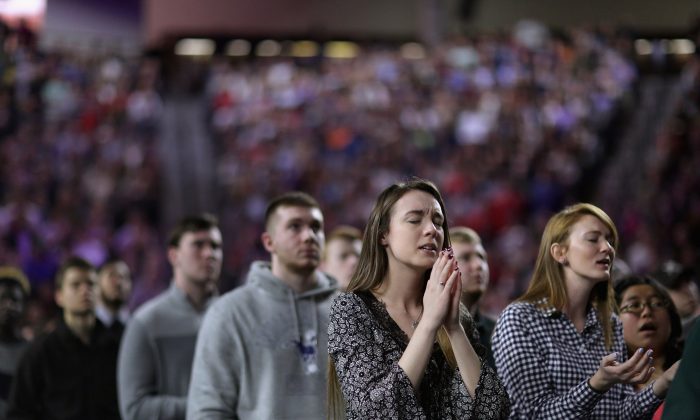 It’s not only small towns and small businesses that are threatened and ruined by LGBT activists determined to punish Christians even to the point of ruining their businesses, driving them out of careers and professions. The attack on Christians is pervasive, not just episodic, on American university campuses. And it is not just antifa or student activists of the far left who are shutting down free speech, free association, and the free exercise of religion there.

The anti-Christian discrimination arises not only from malice, I will argue, but also from the blank incomprehension of elites in the face of religion in general and Christianity in particular. Neither the media nor the cultural elites whose voice they represent “get religion,” to use the name of a useful website that covers ways the media misunderstand and misrepresent religion.

An extreme, but not unique, case of this tendency is the determined attempt of the University of Iowa to “de-recognize” a small Christian student group, Business Leaders in Christ, because it screens its leaders to make sure they agree with and can represent the group’s religious beliefs. These include a standard statement of faith that professes that sexual activity is reserved for marriage between a man and a woman, an orthodox Christian belief since the faith’s founding two millennia ago.

The university’s position was that a student group could not discriminate against a member seeking to lead it just because he held a different view of sexual activity from the group’s and was seeking to practice his beliefs through his own relationships and activity.

Federal District Court Judge Stephanie Rose (appointed by Barack Obama) recently rejected the university’s position and granted the Christian group a permanent injunction against its enforcement, not because she objected to the university’s human rights policy, but because the university selectively enforced it on the basis of the group’s views.