“I have heard of Sodom. But what are those other two places?”

Sodom & Gomorrah are famous. Almost everyone has heard of them. And almost everyone knows the reason why God sent fire and brimstone to wipe them off the face of the earth.

Why were the cities of Sodom and Gomorrah destroyed? They had sinned in many ways, for many years. But what sin finally brought fire down from heaven upon them? For what particular sin is Sodom known?

“Now before they lay down, the men of the city, the men of Sodom, both old and young, all the people from every quarter, surrounded the house. And they called to Lot and said to him, ‘Where are the men who came to you tonight? Bring them out to us that we may know them carnally.‘ . . . When the morning dawned, the angels urged Lot to hurry, saying, “Arise, take your wife and your two daughters who are here, lest you be consumed in the punishment of the city.” (Genesis 19:4-15) 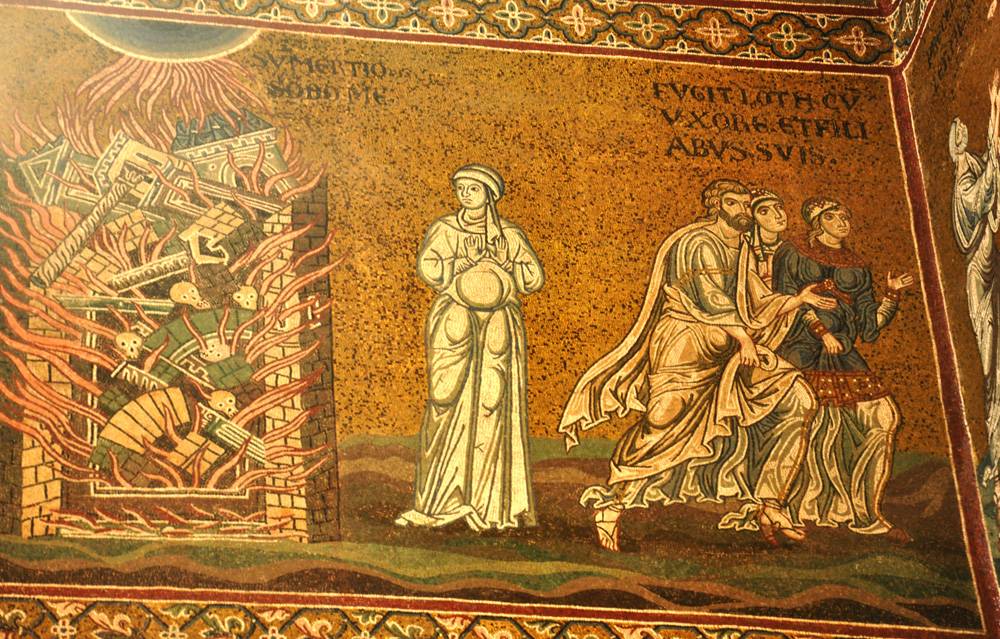 Why were the Canaanites destroyed? They had sinned in many ways, for many years. But what particular sins finally brought judgment down upon them? Why did God finally send Israel with instructions to wipe out all of the inhabitants of Canaan?

“You shall not lie with a male as with a woman. It is an abomination. Nor shall you mate with any animal, to defile yourself with it. Nor shall any woman stand before an animal to mate with it. It is perversion. ‘Do not defile yourselves with any of these things; for by all these the nations are defiled, which I am casting out before you. For the land is defiled; therefore I visit the punishment of its iniquity upon it, and the land vomits out its inhabitants.” (Leviticus 18:22-25)

Many people know that God sent Israel to destroy the Canaanites, and to take over their land. Few people realize that homosexual sex was one of the reasons why this judgment took place.

Why was the tribe of Benjamin almost completely wiped out, particularly in regard to the region of Gibeah? What sorts of sins were they known for?

“As they were enjoying themselves, suddenly certain men of the city, perverted men, surrounded the house and beat on the door. They spoke to the master of the house, the old man, saying, ‘Bring out the man who came to your house, that we may know him carnally!‘ (Judges 19:22)

Notice that the wording is almost identical to that found in Genesis 19, in regard to Sodom and Gomorrah. They want to force a visitor to participate in homosexual sex. These particular wicked men are denied their desire for homo sex, so they proceed to satisfy themselves with the gang-rape (likely including sodomy) of the man’s concubine instead. In response to these sexual sins, God permitted Israel to nearly wipe out the entire tribe of Benjamin.

Sodomy: The End of the Road

When St. Paul discusses the activity of sodomites, he does not say it is “just another sin”. Rather, he presents it as an example of extreme abomination, coming at the end of a long path of progressive debauchery. Many sins are not against nature, but are simply good things done in the wrong way or at the wrong time. But homosexual sex is such a perversion that it is a sin against nature itself. There is no context in which it can ever be holy. It is debased and unfruitful by definition. When it comes to heinous sins, sodomy is near the end of the road, just before final judgment.

“For the wrath of God is revealed from heaven against all ungodliness and unrighteousness of men, who suppress the truth in unrighteousness . . . Professing to be wise, they became fools . . . Therefore God also gave them up to uncleanness, in the lusts of their hearts, to dishonor their bodies among themselves, who exchanged the truth of God for the lie, and worshiped and served the creature rather than the Creator, who is blessed forever. Amen. For this reason God gave them up to vile passions. For even their women exchanged the natural use for what is against nature. Likewise also the men, leaving the natural use of the woman, burned in their lust for one another, men with men committing what is shameful, and receiving in themselves the penalty of their error which was due. (Romans 1:18-27)

It is worth noting that Orthodox Saints have condemned sodomy within a heterosexual marriage, as being just as wicked as sodomy between two men. Either way, it is fundamentally contraceptive and unfruitful. Regardless of who is committing sodomy, it is a vile, wicked act which is against nature, and which can never bear the fruit of children.