Disgusting Perversion: US Media Makes a Fetish of Immoral US Women Who Torture, Kill for Empire by Michael McCaffrey  – Russia-Insider

Thanks to a new wave of feminism and its call for equality, it isn’t just toxic men who can kill, torture and surveil in the name of US militarism and empire, women can now do it too!

This past weekend was the third annual Women’s March, which is a protest originally triggered by Donald Trump’s defeat of Hillary Clinton in the 2016 presidential election that encourages women across America to rise up against misogyny and patriarchy.

As sincere as these women are in their outrage, in their quest for power they are inadvertently reinforcing the immoral and unethical system that they claim to detest. This is most glaringly apparent when this new feminism boldly embraces the worst traits of the patriarchy in the form of militarism and empire. 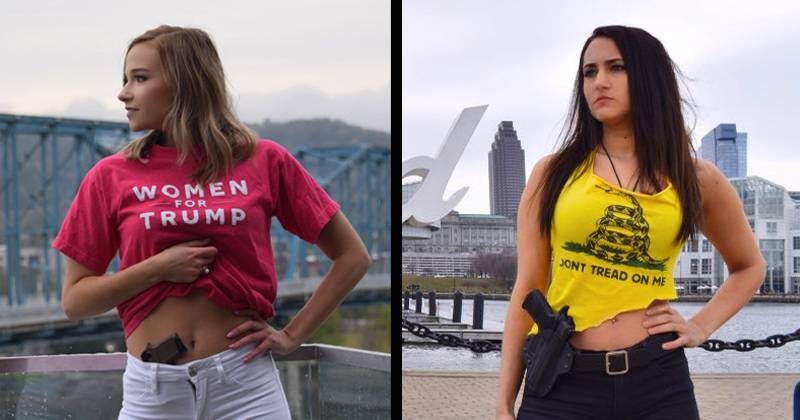 Total anarchy: Since men are effectively no longer allowed protect their women, they have resorted to making a fetish of the “empowered” female. Pitiful. Would these same men coo at the site of a man with a stroller or some other symbol of maternity?

The rise of #MeToo, Time’s Up and the anti-Trump Women’s Movement, has brought forth a new wave of politically and culturally active neo-feminists. This modern women’s movement and its adherents demand that “boys not be boys”, and in fact claim that the statement “boys will be boys” is in and of itself an act of patriarchal privilege and male aggression. The irony is that these neo-feminists don’t want boys to be boys, but they do want girls to be like boys.

The inherent contradiction of that ideology was on full display recently when the American Psychological Association (APA) put out a guide to treating men and boys. In the guide’s summary the APA makes the extraordinary claim that “traditional masculinity – marked by stoicism, competitiveness, dominance and aggression – is, on the whole, harmful.”

These APA guidelines blatantly turn “traditional masculinity” and “toxic masculinity” into synonyms, and never once mention testosterone, revealing a staggering ignorance of male biology. The APA is in essence blaming the bull for his horns.

Further diminishing their credibility, how can anyone look at the mess that is the current emotional state of our world and think we need less stoicism and not more?

The hypocrisy of the APA guidelines are glaringly evident because everywhere you look nowadays girls and young women are constantly being urged to be more competitive, dominant and aggressive. I guess when women do it, it is empowering, but when men do it, it is dangerous.

Women, and some men, often tell me that if women were in power, the world would be a better and safer place. But that old trope, which obviously animates the feminist movement of today, is foolishness. I mean have none of these people ever heard of that pernicious beast Margaret Thatcher? And does anyone think that Hillary Clinton’s proposed no-fly zone over Syria or her tough talk about Russia would have led to more peace and less war?