Pelosi Blocks Trump’s “State Of The Union” Speech from ZeroHedge

Update: Well that did not take long.

A few hours after President Trump told Speaker Pelosi he would accept her earlier invitation to deliver his SOTU speech in the House, daring the House Democratic leader to rescind her invitation, the Democrat leader responded angrily doing just that, and blocking the President from delivering his annual address next Tuesday:

When I extended an invitation on January 3″I for you to deliver the State of the Union address, it was on the mutually agreed upon date, January 29th. At that time, there was no thought that the government would still be shut down.

In my further correspondence of January 16th, I said we should work together to find a mutually agreeable date when government has re-opened and I hope that we can still do that.

I am writing to inform you that the House of Representatives will not consider a concurrent resolution authorizing the President’s State of the Union address in the House Chamber until government has opened.

Again, I look forward to welcoming you to the House on a mutually agreeable date for this address when government has been opened. 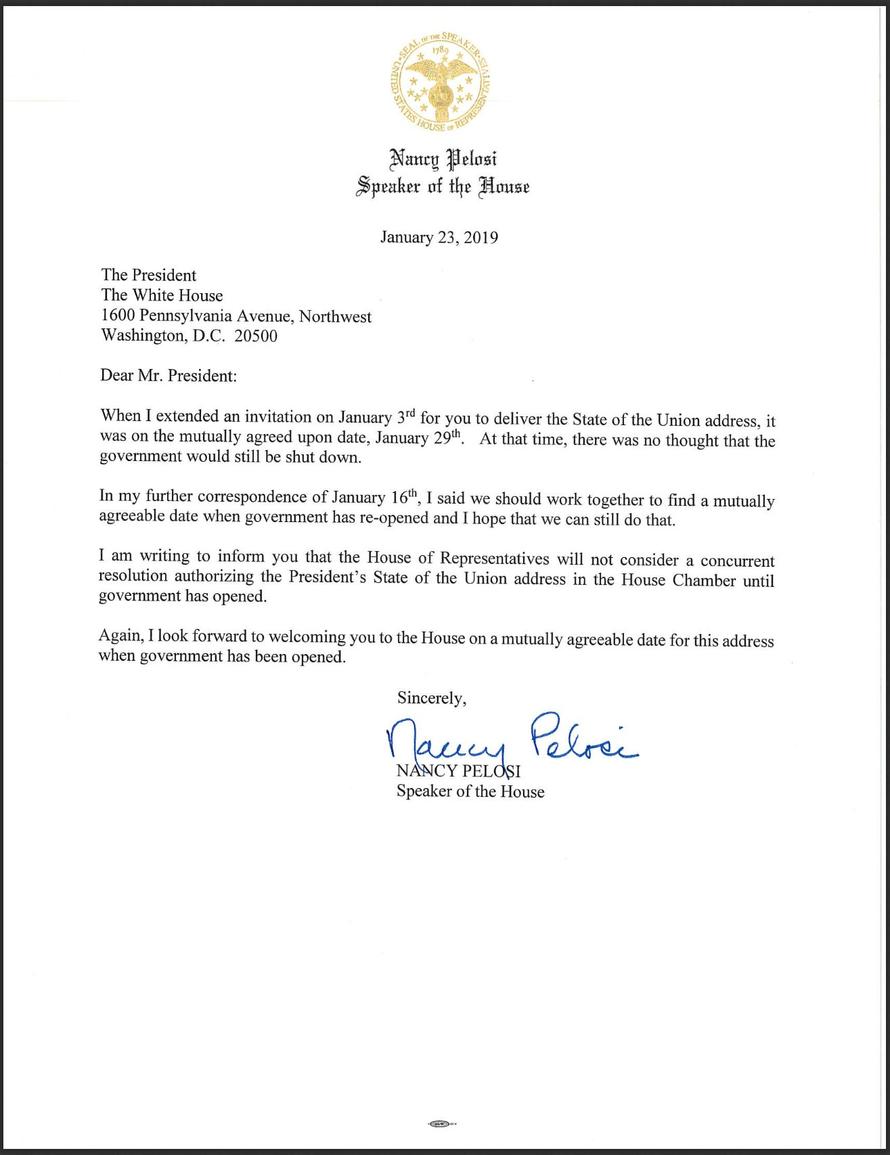 Later on Wednesday, while he was speaking to reported in the White House, Trump was informed that Pelosi blocked his SOTU. His response was the following:

“I’m not surprised. It’s really a shame, what’s happening with the Democrats—they’ve become radicalized. They don’t want to see crime stopped, which we could very easily do on the southern border. …

“This will go on for a while.”

The circus will indeed go for a while, although one wonders…

Can you imagine if Boehner had blocked Obama’s state of the union adresss under similar circumstances? The media would’ve been lit, definite charges of racism

President Trump has rebuffed Speaker Pelosi’s politically-charged threat to delay his speech due to the shutdown, saying in a letter that he plans to deliver the State of the Union Address at the House chamber as planned on Tuesday as scheduled (accepting an invitation that Pelosi had sent earlier in the year). 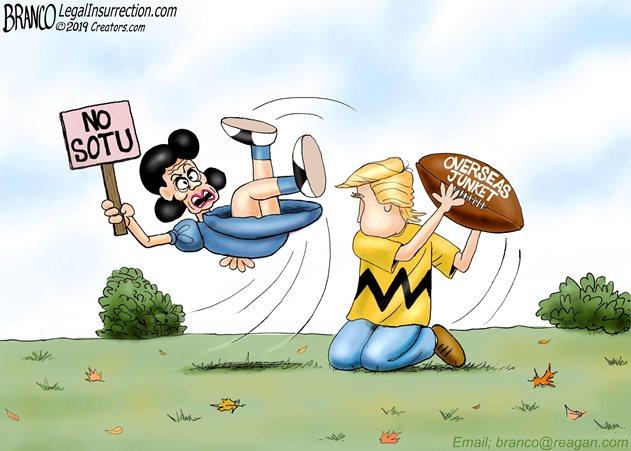