In Piraí do Sul — a remote village not yet in contact with Orthodox Christianity — many residents live in poverty, struggling to survive. Steady work may pay only two or three hundred dollars a month, and the nearest Orthodox church is in the capital city of Curitiba, nearly three hours away. In a situation like this, what chance does a young person have to discover the Orthodox Faith?

Geraldo & Karen are a young couple living in Piraí do Sul. They have dreams of living near an Orthodox church and becoming Orthodox Christians. They also hope to raise their children in a country where homeschooling is legal. To make their dreams come true, they are scrimping and saving, hoping to relocate to Russia. 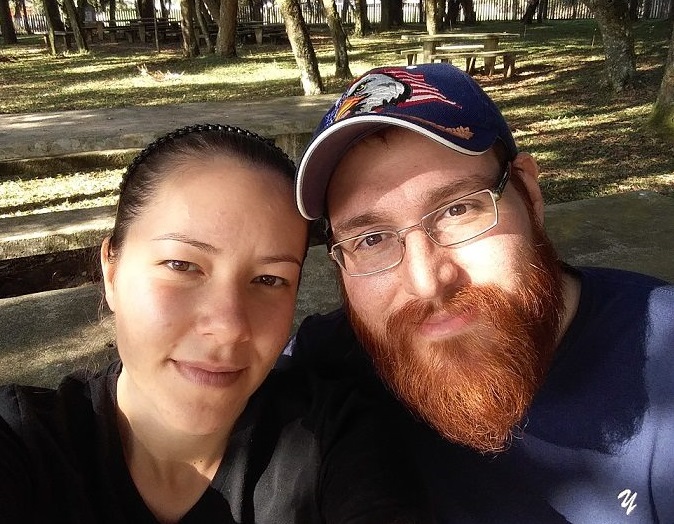 In this exclusive interview with Russian Faith, Geraldo tells his story, explaining how he and his wife came to live in Piraí do Sul, and why they left Calvinism behind, sacrificing almost everything they had, just to have the opportunity to become Orthodox Christians.

Russian Faith: It’s a pleasure to meet you, Geraldo! Please tell us a little about your background.

Geraldo: I’m 25 years old now. I was born here in Brazil in 1993, in the city of Londrina. My Portuguese father was Roman Catholic, and my Italian mother was an evangelical Protestant. Sadly, when I was four years old, my parents split up. My mother and I moved to my grandparents’ house and lived with them for the remainder of my childhood. When I was 11, we all moved to Curitiba, the capital city of our state. As I got older, I gradually got more interested in religion, and I was baptized at the age of 17, in a charismatic church.

RF: After finishing high school, did you go to college, or did you immediately join the workforce?

Geraldo: My family encouraged me to go to college and get a degree. I went to the university and got a four-year degree in International Relations.

RF: How did you meet your wife?

Geraldo: During my senior year in college, there was a get-together at my church, and I met Karen there. She was also going to college, and we ended up attending the same church. We were both interested in theology, and our religious beliefs were very similar (we both became Calvinists). I proposed to her in 2015, even though I was not yet ready to support a family financially. We knew it would be difficult, but we also knew that we wanted to spend the rest of our lives together.

RF: Throughout her childhood, did Karen have religious background similar to yours?

Geraldo: She was actually raised Roman Catholic, but at the age of 16 she was exposed to very different influences. She joined a Protestant congregation at the age of 17, and later ended up at the same church I was attending. 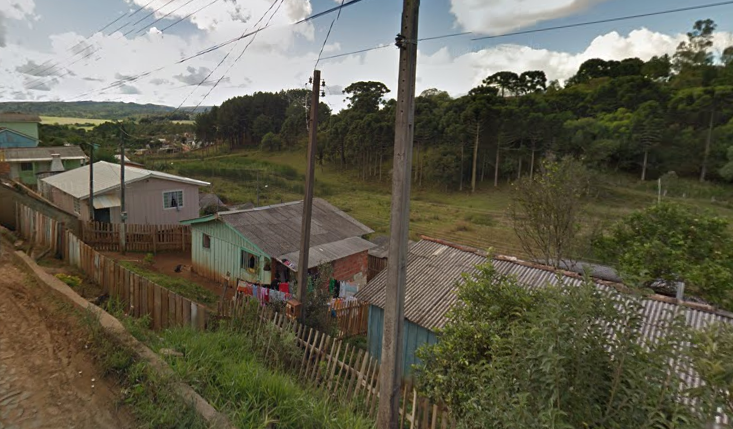 Piraí do Sul, Brazil — 3 hours from the nearest Orthodox church

RF: When you got married, is that when you started living in the village of Piraí do Sul?

Geraldo: Not yet. We started our lives together in the city of Londrina. We weren’t wealthy, but we had everything we needed—a good apartment, furniture, appliances—all the basics.

RF: So what happened?

Geraldo: Well, initially we left Londrina so I could attend seminary. My love for Christ had grown to the point that I wanted to study theology and dedicate the rest of my life to Christian ministry. At the time, we were attending Igreja Reformada de Londrina, which was the only Reformed (Calvinist) church in town. I had been studying Reformed theology and biblical languages, and the leaders of that church encouraged me to attend seminary. They agreed to cover all the costs of our travel and living expenses, if we would be willing to leave everything behind and start a new chapter in our lives.

So we gave up our apartment, appliances, furniture, and my teaching job, and we moved across the country. I started attending the John Calvin Institute, a Reformed seminary in northwestern Brazil.

RF: Were you able to complete your studies at the Calvinist seminary?