“A confident, aggressive delivery style – often larded with jargon, clichés, and flowery phrases – makes up for the lack of substance and sincerity in their interactions with others … they are masters of impression management; their insight into the psyche of others combined with a superficial – but convincing – verbal fluency allows them to change their personas skillfully as it suits the situation and their game plan.

They are known for their ability to don many masks, change ‘who they are’ depending upon the person with whom they are interacting, and make themselves appear likable to their intended victim.”

“All my life I have been fighting against the spirit of narrowness and violence, arrogance, intolerance in its absolute, merciless consistency.  I have also worked to overcome this spirit with its evil consequences, such as nationalism in excess, racial persecution, and materialism.  In regards to this, the National Socialists are correct in killing me.  I have striven to make its consequences milder for its victims and to prepare the way for a change. In that, my conscience drove me – and in the end, that is a man’s duty.”

“Silence in the face of evil is itself evil: God will not hold us guiltless. Not to speak is to speak. Not to act is to act.”

‘We cannot hope to affect the conscience of the world when our own conscience is asleep.’

“Only people can be truly ugly, because they have free will to separate themselves from this [creation’s] song of praise.  It often seems they will drown out this hymn with cannon thunder, curses, and blasphemy.  But I have realized they will not succeed. And so I want to throw myself on the side of the victor.”

“This elite-generated social control maintains the status quo because the status quo benefits and validates those who created and sit atop it. People rise to prominence when they parrot the orthodoxy rather than critically analyze it.  Intellectual regurgitation is prized over independent thought.  Voices of the dispossessed, different, and un(formally)educated are neglected regardless of their morality, import, and validity. Real change in politics or society cannot occur under the orthodoxy because if it did, it would threaten the legitimacy of the professional class and all of the systems that helped them achieve their status.”

Kristine Mattis, The Cult of the Professional Class

“What is more disturbing to our peace of mind than the unconditional loyalty of members of totalitarian movements, and the popular support of totalitarian regimes, is the unquestionable attraction these movements exert on the elite, and not only on the mob elements in society. It would be rash indeed to discount, because of artistic vagaries or scholarly naivete, the terrifying roster of distinguished men whom totalitarianism can count among its sympathizers, fellow-travelers, and inscribed party members. 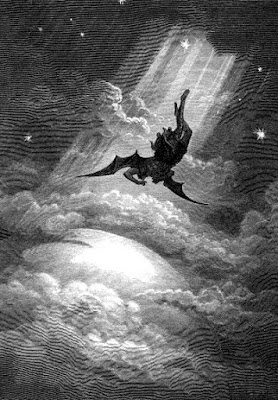 Politically speaking, tribal nationalism always insists that its own people is surrounded by ‘a world of enemies,’ ‘one against all,’ that a fundamental difference exists between this people and all others. It claims its people to be unique, individual, incompatible with all others, and denies theoretically the very possibility of a common mankind lonjg before it is used to destroy the humanity, of man.”

“Mounting a campaign against plutocracy makes as much sense to the typical Washington liberal as would circulating a petition against gravity.  What our modernized liberal leaders offer is not confrontation but a kind of therapy for those flattened by the free-market hurricane: they counsel us to accept the inevitability of the situation.”

“There is a lack of critical assessment of the past.  But you have to understand that the current ruling elite is actually the old ruling elite.  So they are incapable of a self-critical approach to the past.”

“Every time we witness an injustice and do not act, we train our character to be passive in its presence and thereby eventually lose all ability to defend ourselves and those we love.  In a modern economy it is impossible to seal oneself off from injustice. If we have brains or courage, then we are blessed and called on not to frit these qualities away, standing agape at the ideas of others, winning pissing contests, improving the efficiencies of the neocorporate state, or immersing ourselves in obscuranta, but rather to prove the vigor of our talents against the strongest opponents of love we can find.”

The Nazis did not come to power on the backs of their brutish stormtroopers alone. No, their rise to power was with the active participation of the educated and professional classes: the lawyers, doctors, financiers, teachers, and businessmen, who sought to use that abusive power for their own benefits and careers, and were then consumed in the madness that followed.

The devotion to pride, and the love of self, at first the pettest of actions, and then anger, and self-deceiving lies, and sickly sweet opiate of self-righteous outrage in our society is unmistakable.  It provides an esacape from thought, from the grey areas, from the obligations of conscience, and from the fear of being human.

So the harsh words and narrow judgements of the worldly and those driven mad by worldly desire are to be expected for those who do not participate in their narrative.

But it is the falling off the faithful, and the petty slights and silent betrayals of friends, that stings the conscious hearts most deeply.

One sees this and ask themselves, ‘Lord, who then can stand?’   But what they are really asking is, Lord, how long can I remain standing?’

In the faithful there is a love of love itself, still smoldering in their hearts, and its effects on their life and on their actions are unmistakable.

Even though sorely tempted, they remain apart from the anger and the madness, and abide with thei light that calls them.

The night approaches, and it is almost time to come home.  So we must allow ourselves to become lost in the dark.