GNN Note – More programming by corporate media outlets to teach people to hate Christ, Christians and Christianity. Can you imagine the backlash if this were another, say more middle-eastern flavored, religion? WOW!

R&I with a blessing eNVy 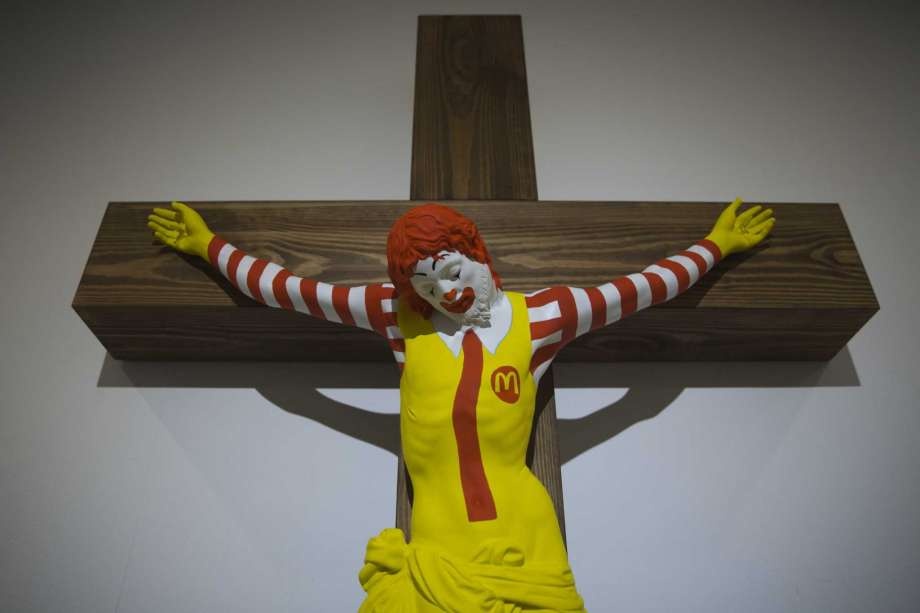 Hundreds of Arab Christian demonstrators clashed with police in Haifa on Friday over a museum’s display of a sculpture depicting Ronald McDonald, the mascot of the fast-food giant, on a cross, amid calls to remove the artwork that some have called offensive.

Police said a few hundred protesters tried to force their way into the Haifa Museum of Art during the demonstration and that three officers were injured by rocks hurled at them.

An investigation was opened to identify the rock-throwers, and a 32-year-old resident of the city was arrested on suspicion of attacking officers.

Video from the demonstration showed scuffles as police used tear gas and stun grenades to clear the protesters.

One of the protesters complained that the government was slow to react to their concerns because they were from the Christian minority. “If they put up [a sculpture of] Hitler with a Torah scroll they would immediately respond,” he told the Walla news site.

Ahead of the protest, police deployed officers from its Special Patrol Unit to guard the museum after a molotov cocktail was thrown at the museum on Thursday.